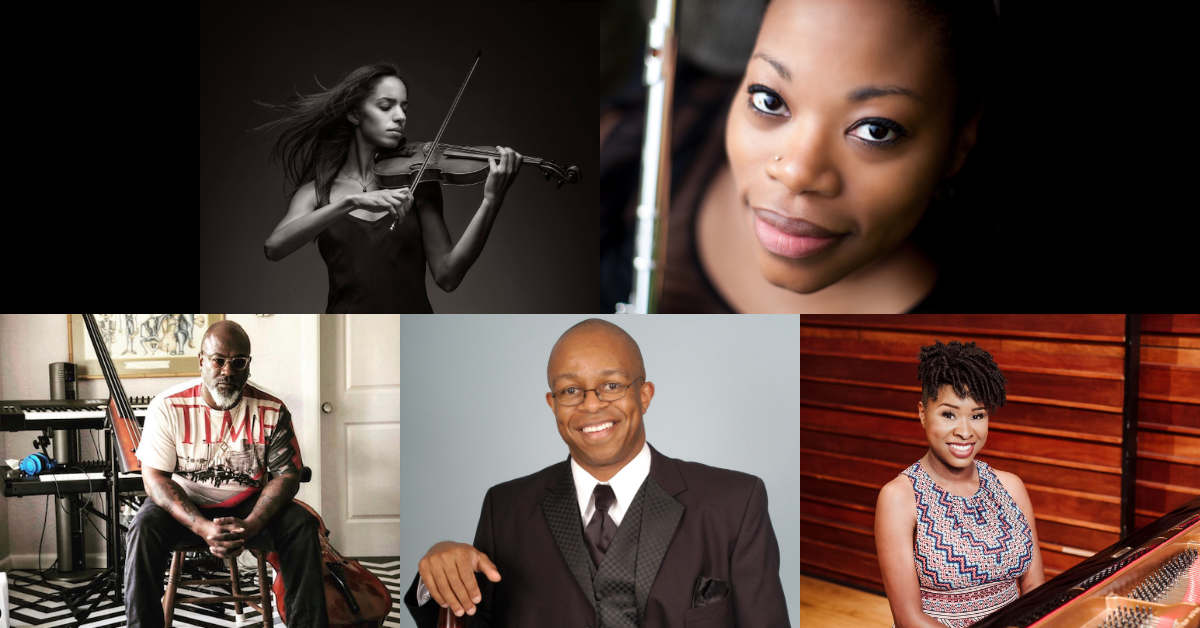 Watch the pre-concert talk with the artists:

Flutist Ebonee Thomas is originally from Plano, TX and holds degrees from Southern Methodist University and the New England Conservatory of Music. She was Principal Flute of the Knoxville Symphony for 3 seasons, Principal Flute of the Florida Grand Opera, and Second Flute with the Houston Symphony. Ebonee completed a fellowship with the prestigious New World Symphony under the direction of Michael Tilson-Thomas, where she performed the North American premiere of Christian Lindberg’s flute concerto The World of Montuagretta. She has performed with the Los Angeles Philharmonic and other orchestras nationwide, most recently including the Dallas and Fort Worth symphonies. Ebonee has a passion for educating and teaches a full studio of private students.

A “classically” trained ‘cellist, Menchan holds a Master’s Degree from the Manhattan School of Music, whence he was awarded the Pablo Casals Award for Musical Accomplishment and Human Endeavor.

Having shared the stage and worked with artists from all genres, including Ray Charles, Diana Ross, Robert Plant and Jimmy Page, Stevie Wonder, Kennedy and Rod Stewart; conductors Leonard Slatkin, Kurt Masur, ‘cellists Janos Starker, Mstislav Rostropovich, Harvey Shapiro, and many more, Menchan has carved out his own signature sound and approach to music, from its composition to performance and production.