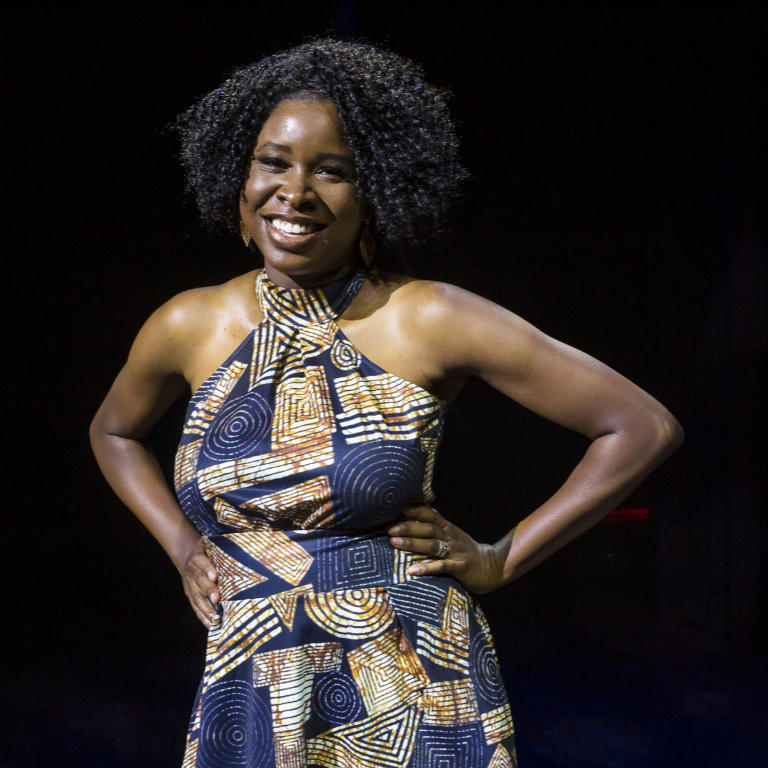 Described as a pianist with “power and finesse” (Dallas Arts Society), “beautiful and fiery” (KMFA Austin) and having a “sense of color, balance and texture” (Austin Chamber Music Center) Artina McCain, has a built a three-fold career as a performer, educator, and speaker. Recent performance highlights include guest appearances with the Dallas Symphony Orchestra, Oregon East Symphony, and the Memphis Symphony Orchestra. As a recitalist, her credits include performances at the Mahidol University in Bangkok, Hatch Recital Hall in Rochester, Cummer Museum of Art and Gardens in Jacksonville, FL and the Desoto Arts Commission in Desoto, TX. In 2022 she will make her debut at Wigmore Hall in a concert of works by African composers.

McCain’s performances have been heard on radio CKWR Toronto, KMFA Classical Austin, and Radio Television Hong Kong (RTHK). Television appearances include features on CSPAN for the MLK 50 Commemoration. McCain is a three-time Global Music Awards winner for the album “I, Too” (Naxos), a collaboration with soprano Icy Monroe, focused on African American Spirituals and Art Songs.

Dedicated to promoting the works of Black and other underrepresented composers, McCain curates Black Composers Concerts for multiple arts organizations and is an American Prize winner for her solo piano recordings of these works. She has toured the works of Black Female Composers with award-winning artists Gwendolyn Alfred, soprano and James Rodriguez, baritone. She has also won performance awards for curating the Austin Chamber Music Centers’ Black Composers Concert from the Austin Critics Table. In 2021, Hal Leonard will publish her transcriptions of African American Folk Songs.

McCain was a featured inspirational leader in the award-winning PBS documentary series Roadtrip Nation: Degree of Impact in an episode exploring the real-world impact of professionals with doctoral degrees in and outside of academia.

After years of battling a performance injury and now enjoying 10 years of full recovery, McCain is an advocate for musicians’ wellness. Her article on performance injury and Muscle Activation Techniques was published in Clavier Companion and she is a regular contributor for the Piano Magazine. To help other musicians, she hosts an annual Musicians Wellness Forum in Austin, TX which explores the benefits and options for alternative care. McCain has presented on these topics and others at the Music Teachers National Association Conference and the National Conference of Keyboard Pedagogy.

Currently, she is Assistant Professor of Piano and Coordinator of Keyboard Studies at the Rudi E. Scheidt School of Music at the University of Memphis and Co-Founder/Director of the Memphis International Piano Festival and Competition. Artina McCain is a Yamaha Artist.