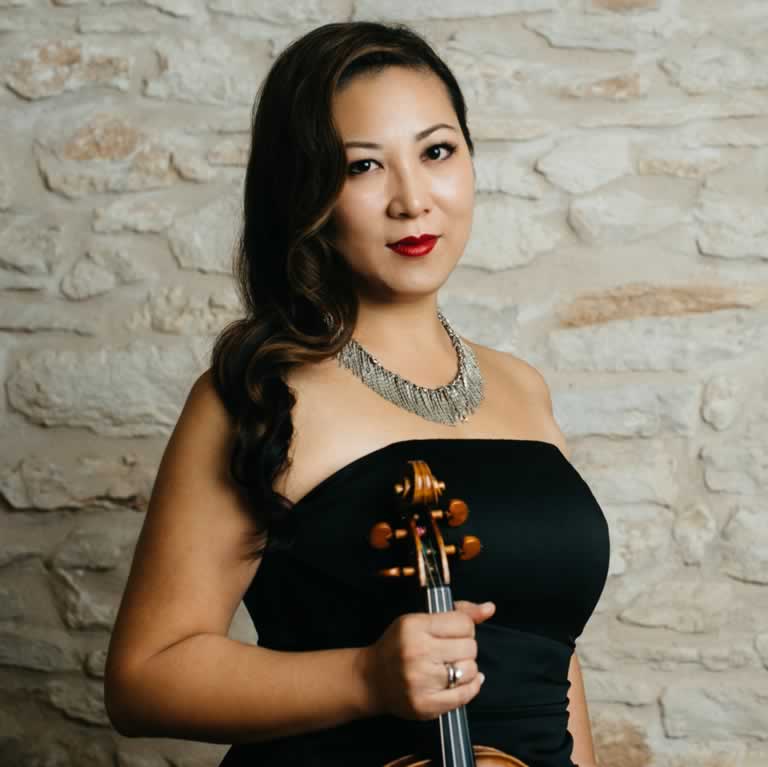 Violinist Sandy Yamamoto has dazzled audiences in concert performances around the globe for the past three decades as a soloist and as a member of the Miró Quartet.

Ms. Yamamoto began her violin studies at the age of four. At 11, she made her solo debut with the North Carolina Symphony and has since appeared with orchestras throughout the US and Europe to critical acclaim.

With the Miró Quartet, she has performed on the major concert stages of the world, regularly concertizing in North America, South America, Europe, and Asia. As a member of the Quartet, she was a recipient of the Naumburg Chamber Music and Cleveland Quartet Awards, won First Prize at the Banff International String Quartet Competition, and was one of the first chamber musicians to be awarded an Avery Fisher Career Grant. She has shared the stage with many prominent musicians including Leif Ove Andsnes, Joshua Bell, Eliot Fisk, Lynn Harrell, Midori, Jon Kimura Parker and Pinchas Zukerman.

Ms. Yamamoto was also invited to be a guest speaker and role model in New York City for the winners of the 2003 Glamour Magazine’s Top Ten College Women.

Since leaving the Quartet in May 2011, she has been appointed Associate Professor of Practice in Violin Performance at the Butler School of Music at the University of Texas at Austin, where she teaches a studio of violin students and performs recitals regularly. In the fall of 2011, she formed the Butler Piano Trio with School of Music faculty members Colette Valentine and Joshua Gindele. In the summers, she teaches at the Green Mountain Chamber Music Festival. Ms. Yamamoto often performs with the East Coast Chamber Orchestra as well as the St. Paul Chamber Orchestra.

When she is not busy teaching and performing, Ms. Yamamoto enjoys spending time with her husband Daniel, her two sons Adrian and Brian, her cat Poko, and her two gerbils Sawyer and Silas.