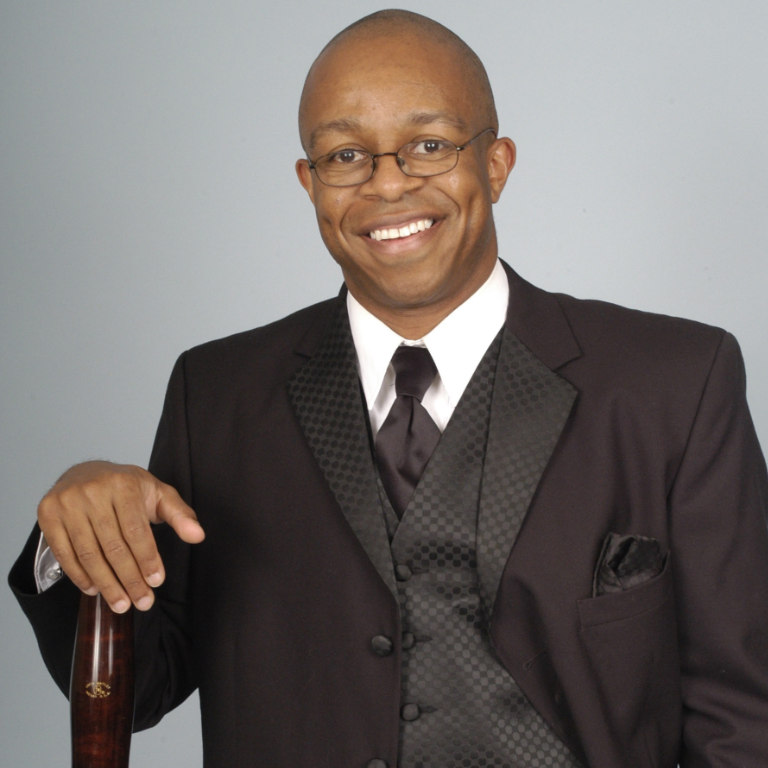 An accomplished chamber musician, Washington has performed chamber music with principal players from such orchestras as the New York Philharmonic, the Metropolitan Opera Orchestra, the Leipzig Gewandhaus Orchestra, the Minnesota Orchestra, and the Orpheus Chamber Orchestra. He has performed with the New York Chamber Ensemble and the North Country Chamber Players, and in 2004 the Orchestral Performance Program at the Manhattan School of Music invited him to perform on a chamber music concert of distinguished alumni. He has been serving on the faculty of the Stellenbosch International Chamber Music Festival in South Africa since 2006. In South Africa, he has been a featured on multiple occasions and he performs, coaches chamber music, and teaches masterclasses along with distinguished faculty from all over the world. Die Berger described that audiences were “consistently impressed by his beautiful and lyrical playing and the joy in the music was evident”.

As a soloist Washington has performed concerti with the Round Top Festival Orchestra and the Meadows Symphony Orchestra at Southern Methodist University as a concerto competition winner. He has also performed as soloist with the University of Memphis Wind Ensemble, University of Memphis Symphony Orchestra, the Columbia Civic Orchestra, and the Eroica Ensemble. In 2014, Washington made his debut solo performance with the Arkansas Symphony in a performance of Dead Elvis by Michael Daugherty. Professor Washington has given recitals and masterclasses at schools around the country including the Eastman School of Music, the University of Missouri-Kansas City Conservatory of Music, the University of Wisconsin-Madision, the University of North Texas, and the University of Texas at Austin. He gave a lecture-recital on music for bassoon by African-American composers at the 2007 National Association for the Study and Performance of African American Music Conference, and this research led to a CD entitled Legacy: Music for Bassoon by African-American Composers released on the Albany Records label. All Music Guide states that the recording “showcases Washington’s fine singing tone on the bassoon” and the writer for Fanfare Magazine notes that “my speakers, and my head, dote on the rich, warm quality of [Washington’s] lower register.” He has performed at International Double Reed Conferences in 2005 (Austin, TX), 2007 (Ithaca, NY), 2009 (Birmingham, UK), 2010 (Norman, OK), and 2011 (Tempe, AZ). After being invited to give solo recitals for several years at the IDRS conventions, he was invited to be a headlining artist at the 2012 IDRS Conference in Oxford, Ohio where he performed a new concerto for bassoon, strings, and harpsichord entitled Prelude, Funk, and Fugue.

Washington is a Fox Bassoons artist, and he performs on a Fox 660D. Washington has participated in several festivals in the United States including the Texas Music Festival, the Cape May Music Festival, and the International Festival Institute at Round Top. He has studied privately with Kristin Wolfe Jensen, Frank Morelli, and Wilfred Roberts. He was recently awarded an MPower Grant from the Sphinx Organization that will provide funds for a world tour of solo recitals and chamber music performances.

Professor Washington is the Executive Director of the PRIZM Ensemble, a professional performing chamber ensemble whose mission is to build community through chamber music and performance. They have thriving educational programs in Memphis including the successful PRIZM in the Schools Program, a six-week after-school program for lower income students. He is the founder and director of the PRIZM Chamber Music Festival (www.prizmensemble.com), a weeklong chamber music camp in Memphis filled with chamber music coaching sessions for students, classes taught by world class performers, and performances by faculty and students from all over the country. He has served as a delegate on the Memphis is Music Initiative which aims to sustain existing in-school music education efforts and expand instruction through partnerships with local musicians and nonprofits. He is married to Swedish clarinetist, Carina Nyberg Washington, and they have two sons and a wonderful dog, Adele.