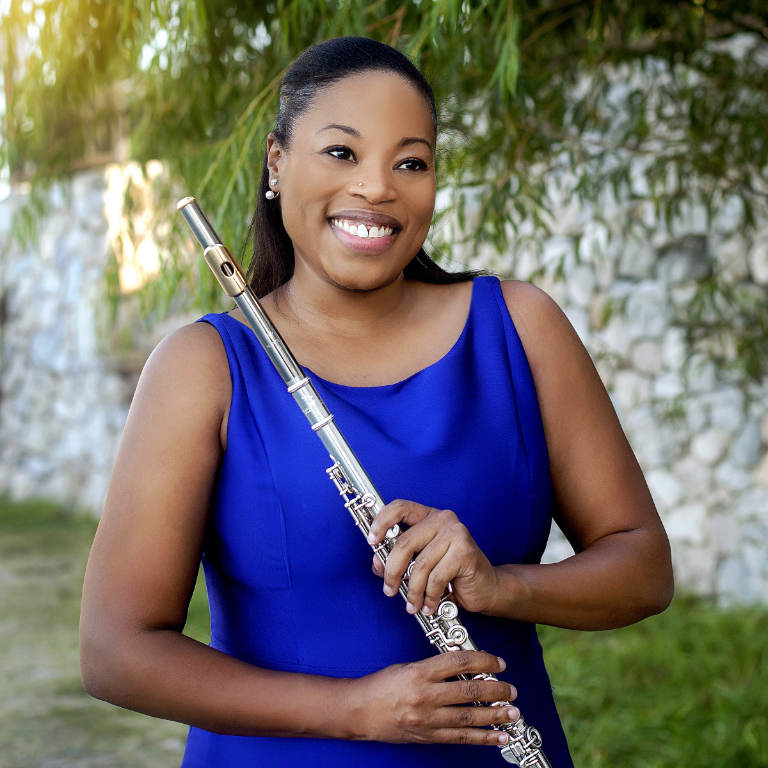 Hailed for her “verve and pizazz” and the “gleaming purity” of her artistry by the Miami Herald, Ebonee Thomas is Second Flute and Piccolo of The Dallas Opera. Ebonee is a Piccolo Artist for Burkart Flutes and spends her summers as Second Flute and Piccolo with the Central City Opera. She has previously served as Principal Flute of the Knoxville Symphony and the Florida Grand Opera, and spent one year as Second Flute of the Houston Symphony. In addition she has performed as Guest Principal Flute with the Seattle Symphony, San Antonio Symphony, Santa Fe Opera, and the Fort Worth Symphony. Ebonee has also performed with the Los Angeles Philharmonic, Oregon Symphony, Sarasota Orchestra, Phoenix Symphony, Detroit Symphony and Dallas Symphony.

As a passionate pedagogue, Ebonee is the Assistant Professor of Flute at the University of Missouri Kansas City Conservatory. Along with all of her musical endeavors, Ebonee serves as a member of the board of the Greater Dallas Youth Orchestras and is on the National Advisory Board of the Memphis Youth Symphony Program.

Ebonee attended Southern Methodist University, the New England Conservatory of Music, and completed a fellowship with the prestigious New World Symphony under the direction of Michael Tilson-Thomas.