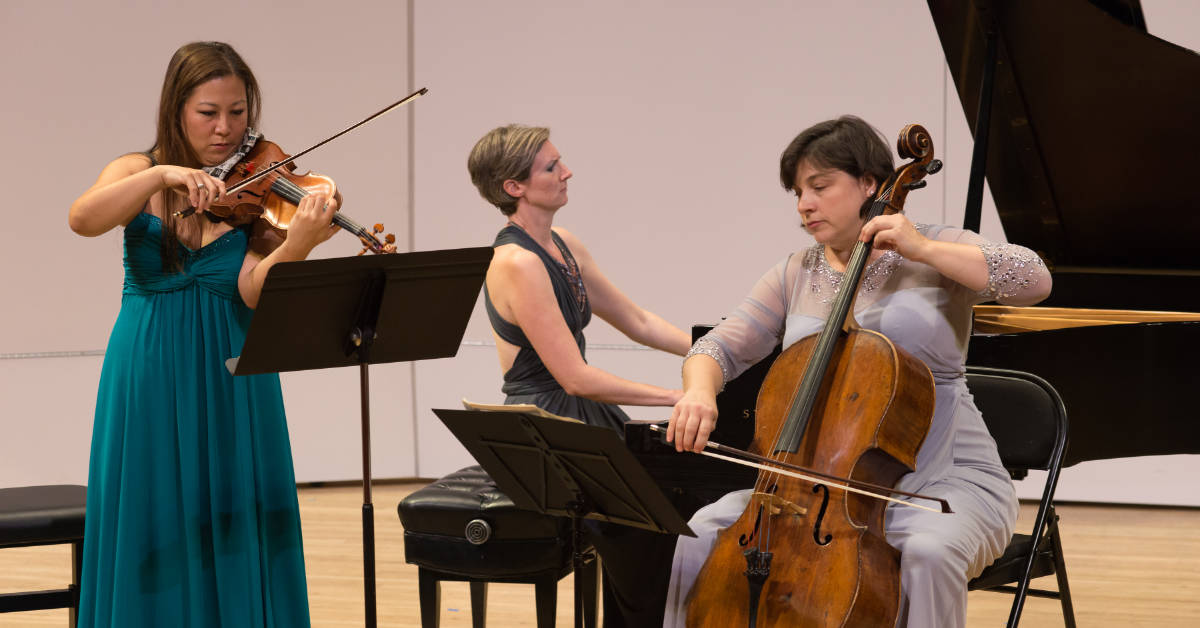 Save over 30% on tickets with early bird packages for 6, 7, or 8 concerts—available only until February 28! Subject to availability, $12 Student Rush (with student ID), $40 General Admission, and $75 Premium tickets may be purchased at the box office on the evening of the concert. The box office will open at 7:00 PM that day.

Violinist Sandy Yamamoto has dazzled audiences in concert performances around the globe for the past three decades as a soloist and as a member of the Miró Quartet. The New York Times describes her performance as playing with “explosive vigor and technical finesse.” With the Quartet, she performed on the major concert stages of the world, regularly concertizing in North America, South America, Europe and Asia. She was a recipient of the Naumburg Chamber Music and Cleveland Quartet Awards, won First Prize at the Banff International String Quartet Competition and was one of the first chamber musicians to be awarded an Avery Fisher Career Grant. Currently, she is the Associate Professor of Practice in Violin Performance at the Butler School of Music at the University of Texas at Austin and was the recipient of the 2016 Butler School of Music Teaching Excellence Award. In the summers, she teaches at the Green Mountain Chamber Music Festival. Ms. Yamamoto often performs with the East Coast Chamber Orchestra as well as the St. Paul Chamber Orchestra. When she is not busy teaching and performing, Ms. Yamamoto enjoys spending time with her husband Daniel, her two sons Adrian and Brian, her cat Poko, and her two gerbils Sawyer and Silas.

Hailed for her “sensitive, flexible, and tempestuous dexterity” (Fanfare Magazine), pianist Michelle Schumann has built a reputation for evocative and moving performances. Since 2006, Michelle has served as Artistic Director of the Austin Chamber Music Center, where she “is fearlessly expanding our definition of chamber music.” (Austin-American Statesman). Her brand of performance includes an enthusiastic interplay with audiences, bringing diverse music together under a narrative blanket. She was named “Best Classical Musician” in the Best of Austin 2019 Readers Poll by the Austin Chronicle.

Schumann is Professor of Piano at the University of Mary Hardin-Baylor. She received a Doctor of Musical Arts degree from the University of Texas at Austin and additionally holds a Performance Diploma from the Vienna Conservatory.