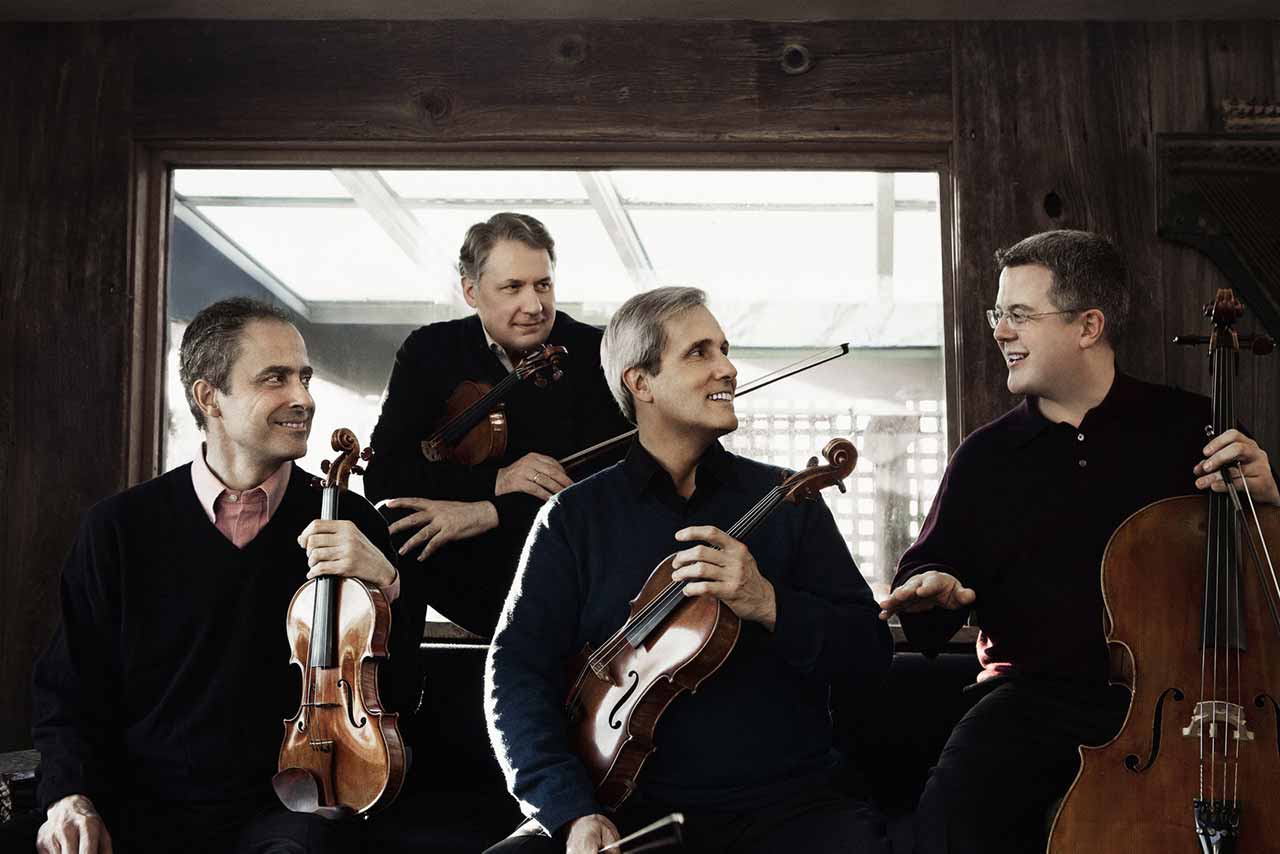 This year’s Austin Chamber Music Festival features three weeks of what Artistic Director Michelle Schumann calls “hardcore chamber music,” as a stellar array of performers explores a range of works, periods, and genres in performances large and intimate as well as in inspirational workshops for young musicians (of all ages).

Attacca Quartet, Bates Recital Hall, Sun., July 8
Among the young, though now well-established and internationally acclaimed, the Attacca Quartet rounded out the festival’s first weekend with a program of their favorite string quartets.

First was Beethoven’s summery, Mozart-influenced Opus 18 No. 5 in A Major. Yes, “summery,” for this is Beethoven conjuring the liveliness and joy of his predecessor with exuberant flourishes matched with the composer’s familiar bolder strokes, a dichotomy that had the quartet bouncing in their seats at the buoyant energy with which Beethoven infused this work.

The second piece, Dmitri Shostakovich’s Quartet No. 3 in F Major, Op. 73, constructed as a wartime narrative, began in (brief) innocence, darkened ominously, then launched into battle — a chaotic scene of driving, thrusting bowing — before resolving in the uneasy calm of an existential question. The quartet’s superb control was evidenced in the “Moderato con molto,” a haunting march so delicate it took one’s breath away, and by the musicians’ commitment to the vicious power of what violist Nathan Schram described as Shostakovich’s “heavy metal” emotional oomph.

Robert Schumann’s Quartet in A Major, Opus 41, No. 3, was third, the composer dedicating the piece to his wife Clara, a traveling pianist who was away on tour. Peppered throughout the first movement, a two-note down-stroke (the “Clara motif”) that echoed her name, sometimes plaintive, sometimes with delight, always heartfelt. The most “classical” of the three selections, this offered melodic shades of Mendelssohn and a churning longing that finished with a galloping, sprightly flourish.

Emerson String Quartet, Bates Recital Hall, Fri., July 13
If the performance of the Attaccans was intense, connected and physical, the overwhelming sensation of the following Friday night’s concert by the Emerson String Quartet was one of four musicians so accomplished in their craft, so monastically attentive to every nuance of the score, that the Beethoven works they played seemed to hang in the air over a packed Bates Recital Hall as if the music had achieved tangible form — the music seemed to be playing itself.

Among the last pieces the composer wrote, Beethoven’s String Quartets No. 13 and No. 14 transcend what one might consider their Beethoven-ness, or perhaps this was hyper-Beethoven, such is their scope. Schumann, introducing the ensemble, suggested we were about to hear something “more than music; something holy.” Indeed, this was the perfect union of veteran performers and, arguably, classical music’s greatest composer; the ease with which the former played this most sublime music evoked “a spiritual journey,” as Schumann put it.

Through it all, a feeling of Beethoven at play pervaded, the composer distilling pleasure — even fun — between the monumental, the energetic, the tense. There is dance, too, in these pieces, whose weight, color and balance as interpreted by four consummate musicians offered a glimpse of artists at the top of their game.

invoke, The Adventures of Prince Achmed with Original Live Score, AFS Cinema, Sat., July 14
Fun and games of a different variety were on display when the ever playful invoke — Austin-based purveyors of chamber music that busts through genres in the quartet’s spicy performances — performed an original score to accompany a screening of the oldest extant animated film, The Adventures of Prince Achmed. German director Lotte Reiniger’s 1926 fairy tale uses her silhouette animation technique to tell an evocative story of an adventure-seeking prince who finds, loses, then recovers his beloved. In the course of his adventures, he combats a wicked magician, aided by a powerful witch and Aladdin and the genies of the magic lamp.

Flanked by workshop students — a phalanx of violins and a bassoon to one side, four cellists, a keyboardist, and percussion on the other — invoke and company embarked on their own musical adventure, exploring chamber music to its edges, querying just what it means to be a “string” quartet. No surprise, then that the ensemble found opportunities to add mandolin, zither, and even a banjo to their enchanting aural escapades, their music soaring along with the animated mechanical flying horse or dropping into the sonorous depths of the dark cave where Aladdin’s lamp was discovered.

For adventurers of chamber music in all its forms, there are still discoveries to be made in this final festival weekend. The remaining performances are: