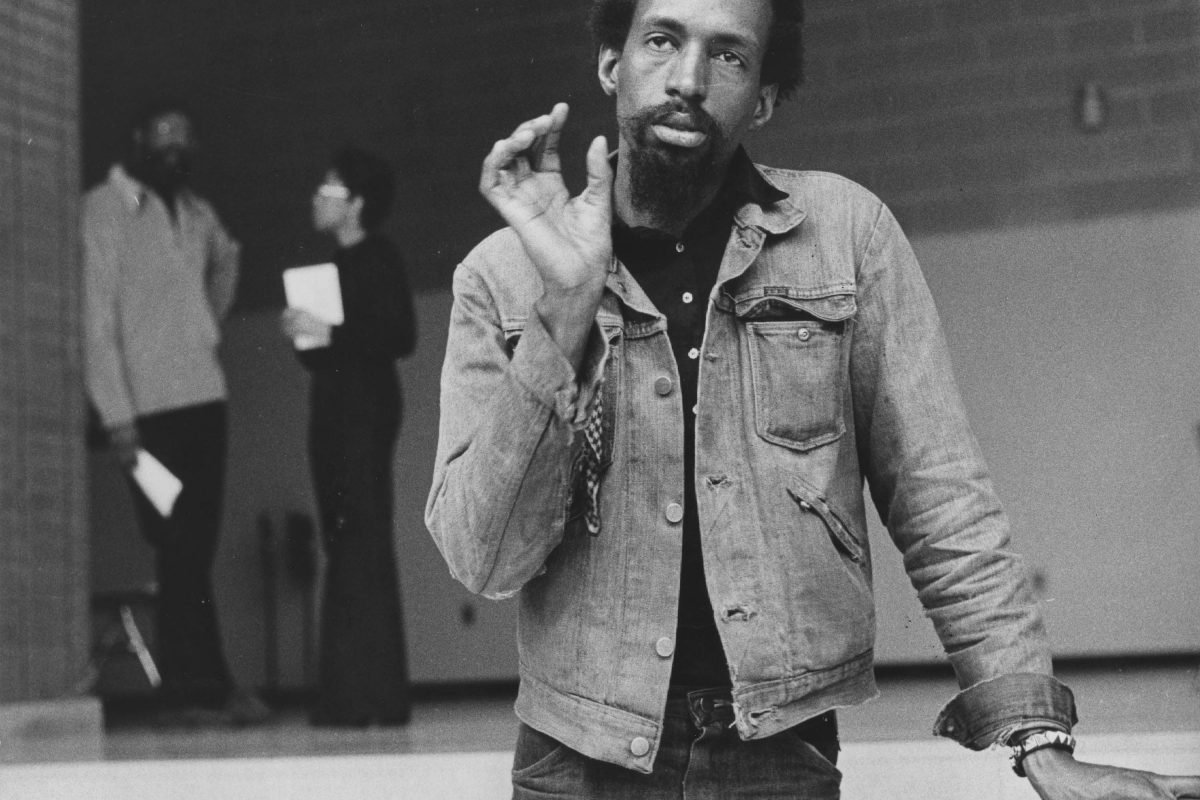 Julius Eastman to The Fullest

For its annual Pride Concert, Austin Chamber Music Festival presents “Femenine,” a masterpiece of the late queer, Black composer who was once all but forgotten

When minimalist composer Julius Eastman died in 1990, the 49-year-old had been homeless for nearly a decade. He’d long lost most of his possessions, including many of his scores, when he was evicted from his East Village apartment.

And though Eastman had once been a fixture in the New York music scene — an unforgettable presence who was brilliant, unapologetically queer and black; a collaborator of Meredith Monk, Robert Wilson and Pierre Boulez (no less) — almost no one knew he passed away of heart failure, alone, in a hospital in Buffalo, New York. The Village Voice was the first to run an obituary, eight months after Eastman had died.

During his lifetime, Eastman’s music — pulsating, challenging, political compositions with provocative titles like “Crazy Nigger” and “Gay Guerrila” — was never commercially recorded. And the lonely circumstances of Eastman’s death threatened to erase the composer and his music from the canon.

And yet, the last few years have seen a veritable “Eastmania” as an upwelling of interest in the composer expands.

On July 10, Austin composer Russell Reed will present Eastman’s “Femenine,” a 70-minute piece now recognized as one of the composer’s masterpieces. “Femenine” is performed as the Austin Chamber Music Festival’s “10th Annual Pride Concert,” a free concert that Reed has curated from its inception.

Reed has programmed Eastman’s music before as part of the Pride Concert. And we asked Reed to expound on the Eastman revival and choosing to perform the complex “Femenine” with an added role for a performance artist.

Sightlines: Why do you think Eastman’s music is enjoying a renaissance?
Russell Reed: I think his music is having a sustained renaissance for many reasons. The first is that it is really interesting and provides a different direction for minimalist music. His pieces rely heavily on improvisation and performer interaction. He sets up the guidelines, but the performers must work together, listen and choose the path of the music. That is part of the organic quality of his work that he often talked about — each new section adds material while keeping material from previous sections. His basic motives also have a sort of jazzy, dancey, groovy energy that is infectious, like a pop hook or riff that you can’t get out of your head.

S: As a composer, what interests you about Eastman’s music?
RR: I’ll admit that I am not the biggest fan of minimalist music. I certainly appreciate it, and for me listening to a piece like Riley’s “Music for 18 Instruments” or “8 lines” is like watching a set of giant pastel-colored screens pass slowly through one’s field of vision. It’s certainly interesting, but I’m always left feeling a bit cold, like I wasn’t really invited to participate in the emotion of the piece — if there even is any. Eastman’s music is different.

A page from Julius Eastman’s Gay Guerrilla score. Photograph: Andrew Przystanski and Bennington College
But Eastman’s pieces like “Stay On It,” “Crazy Nigger,” “Gay Guerrila” and “Femenine” seem to have a sense of longing, striving, and even anger — like a feeling of looking to get out of oneself or express a deep anxiety, pain or need for human connection. I call that feeling in a piece of music “Life Power” and for me it is a sort of miracle because it lives past the life of the one who created or gathered it. Eastman’s music reminds me of the work of Keith Haring and the Russian artist Timur Novikov. They worked with a type of minimalism but the results are not flat — they are emotional and produce as many feelings as they do thoughts.

I also think that the fact that Eastman was African-American and gay has something to do with his renaissance. Just speaking as a gay composer myself, I love all of the great composers, and I love music, so it is hard for me to dislike anything that seems done in earnest. But in a composer like Julius Eastman I see myself, I see my own imagination, my own existence in a culture — both broadly and in the gay culture. It’s completely irrational, but I feel like Eastman is a friend and compatriot, and we understand each other in a way that Debussy and I, for example, will never be able to.

S: A lot Eastman’s scores were not well preserved. Have you had to do an archival work or re-arranging of “Femenine?”
RR: Four years ago when we did “Stay On It” (for the Pride Concert) I was able to download the snippet of extant music from Mary Jane Leach’s website. A composer and vocalist Mary Jane was a friend of Eastman’s from the downtown New York music scene and she collected every score of Eastman’s that has been found and made it available for free to the public. We used that score and the recording to reconstruct the basic outline of the piece. Now most of Eastman’s music has been formally reconstructed by various groups and/or composers. Schirmer has bought the rights to all of his music and will be publishing it sometime in the future. Mary Jane sent me the reconstructed score of “Femenine,” done by Bower Bird Ensemble. Even with this “real” score we have had to go through and make some decisions about how we are going to structure the piece. It’s long, about 70 minutes, and the score that came out of theBower Bird Ensemble recording doesn’t exactly match the original performance. So needless to say there is room to shape the work as needed; that’s part of the process.

S: How would you describe the music of “Femenine” and why chose this piece in particular?
RR: This may sound cheesy, but I tear up every time I start listening to “Femenine.” The whole piece is structured around one simple statement from the vibraphone that is repeated throughout the piece. The other players gradually enter and begin the process of continuously expanding the music for the next hour. There is a definite sense of opening, expanding, of listening. Such freedom all within a tightly structured and economical basic statement. It’s like breathing. It’s like opening up to sound.

At the original 1974 performance of “Femenine” Eastman showed up wearing a dress and insisted that everyone be fed soup, which he had made himself. I love that freedom. In that same spirit I think having Austin artist Michael Anthony Garcia contribute his visual and performance work during the piece is something Eastman would have certainly been down with.