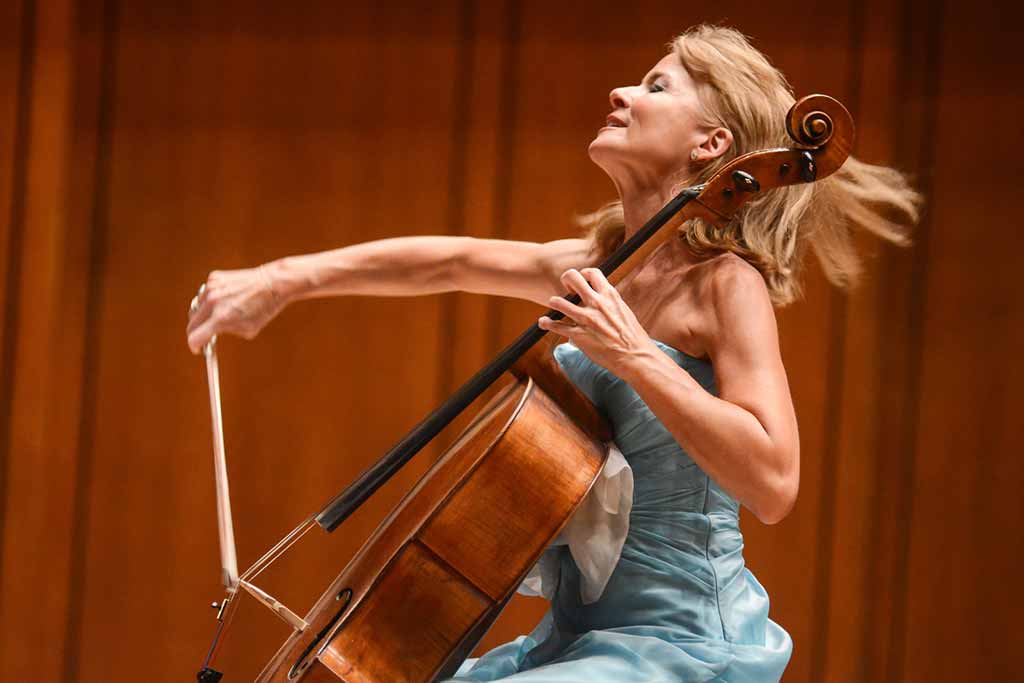 Grammy award winner Sara Sant’Ambrogio joins Michelle Schumann next weekend for a Pisces-themed program of intuition and imagination. Read what this “very Gemini” cellist has to say about composers Chopin, Ravel, and Piazzolla in our latest interview, then see her perform at Pisces Perception on Saturday, March 3.

What’s your sign? How has it informed your playing?

I am a Gemini and apparently I am told that I am very Gemini. Gemini are natural communicators—I spend my life trying to communicate the emotions of the composers and myself to the audience. Gemini are supposed have a natural affinity for languages-not only does one have to learn many different musical languages as a musician but I also find this weird knack for speaking other languages fluently only when I am actually on stage during a concert. The moment I am off the stage I seem to have forgotten entirely how to speak the language or even what I said on stage that had everyone laughing!

Gemini are the Twins and as a musician one has to be using both sides of your brain simultaneously and almost have a split personality. You are making mathematical calculations constantly in your head whilst laying your heart in the audience’s hands and hearts.

Gemini are supposed to be very gregarious and most happy surrounded by people. My favorite place in the whole world is on stage in front of an audience!

This program celebrates Pisces, known for being sensitive, expressive, and imaginative. How do you think these pieces by Ravel, Chopin, and Piazzolla align with these traits?

Chopin was incredibly sensitive and expressive. His music has this amazing juxtaposition of shy vulnerability coupled with intense passion, a rare combination. He was incredibly imaginative in the way that he intensifies emotion in his melodies by adding more notes rather than more volume. Ravel is the quintessential French impressionist composer. This style was such a departure for classical music and it really took someone with extraordinary imagination and sensitivity to be one of the creators of this style. It is not as much about the motifs and melodies (like it was in previous German based music) but about the colors and feeling of the music. Piazzolla is arguably the King of Tango. He took a style of music that was only heard in the bars and brothels of Buenos Aires, Argentina and brought it out into the light for all the world to fall in love with.