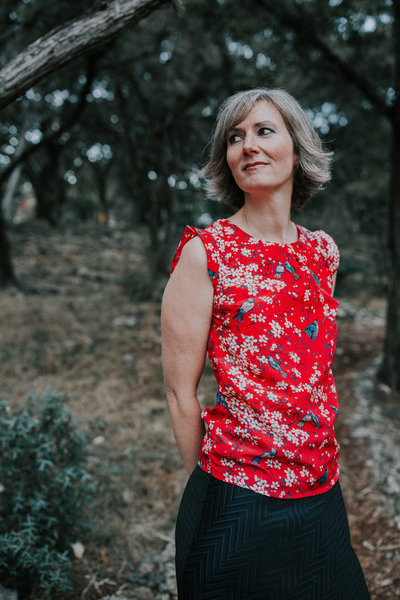 In anticipation of our season finale next week, we chatted with Artistic Direction Michelle Schumann about how she identifies as a Cancer, the wonders of this Dal Segno season, and the Aries traits that make Bach, Haydn, and Rachmaninov so irresistible. Read the full interview, then see her perform live with the award-winning Schumann Chamber Players next weekend!

What’s your sign, and does it inform your music making?

My sign is Cancer and I definitely internalize some Cancerian traits. Especially when it comes to music making, I am extremely emotional and ‘sensitive’. I love exploring the extreme emotions in music and completely embodying the characters that are portrayed through the pieces I perform. In real ‘non-performing life’, I don’t think I’m nearly so dramatic! But performing music has always been an incredibly safe and generous place to explore the depths of human emotions. It’s a wonderful way to connect with the music and with my audiences!

Tell us about our Aries composers for the upcoming concert.

First off, I just want to say that it’s been tremendously fun exploring all of our Horoscope Composers this season. I began this theme and idea on a lark, but I think we’ve found the most wonderful and telling connections between some of the most beloved composers in the chamber music canon. I’m sad the season is ending (!) but the music on this last concert is ASTOUNDING and I know no one will want to miss it.

Aries personalities are enthusiastic, courageous and independent. All of our composers (Bach, Haydn, and Rachmaninov) share these incredible traits. Bach was committed to the traditions of his time (and even before his time), and he was brave enough to hold true to what he cherished and became an incredible master of his realm. We will be playing one of his greatest masterpieces, the Chaconne in D Minor. Wait. We? What? Those of you who know the Chaconne, know it was written for solo violin…. but I’ve made a delightful discovery of finding the ‘accompaniment’ that Felix Mendelssohn wrote for the Chaconne. Mendelssohn was the first musician to perform J.S. Bach’s music publicly, close to 100 years after his death. He revived the incredible virility of Bach’s music, and WE now enjoy the fruits of Mendelssohn’s efforts. This arrangement is a revelation on its own and highlights Bach’s ingenuity and the way his music is effortlessly timeless and malleable.

We’ll also be performing Haydn’s Piano Trio No. 44 in E Major. Haydn’s enthusiasm for work, play, and life are highlighted incredibly in this work. He was a trailblazer of a composer and had so many firsts. I mean, really… he was the Grandfather of the Symphony, the String Quartet, the Piano Trio. Courageous, independent, optimistic. Check, check, check. (Also, he was hilarious.)

Finally we’ll end with Sergei Rachmaninov and his monumental second piano trio. Here we see the generous, loyal, courageous side of Rachmaninov. This work was written as an elegy to commemorate the death of his beloved mentor and friend, Pytor IIych Tchaikovsky. The work is deep… heavy and laden with emotions. But not only sad emotions… it sings of heroism, joy, ecstasy, frivolity, and exuberance. It has EVERYTHING! Rachmaninov doesn’t hold back in his earnest and heartfelt portrayal of Tchaikovsky, the titan. It’s a piece to be experienced. And I can’t wait to experience it all with you.