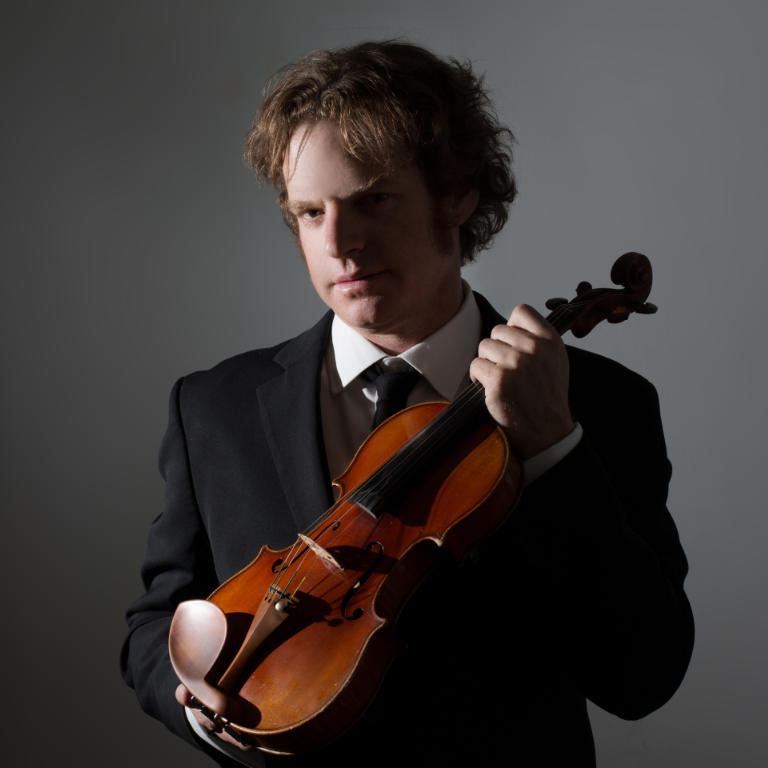 Praised by The Santa Fe New Mexican for his “fluid phrases, rich focused tone, rhythmic precision, and spot-on intonation,” violinist David Felberg, an Albuquerque native, is the co-founder and artistic director of Chatter, a groundbreaking series exploring both new and old music, and producing and presenting over 90 performances per year. David plays in, and conducts, many of the shows—often presenting 20th- and 21st-century pieces of music that have never before been heard in New Mexico. Chatter was recently mentioned in The New York Times in an article about curated silence, one of the main features of their performances.

As a conductor, he has directed Santa Fe Pro Musica, New Mexico Philharmonic, the Santa Fe Symphony and Chatter, and has collaborated with such soloists as Anne-Marie McDermott, Rachel Barton Pine, Conor Hanick, and Benjamin Hochman. David made his New York violin recital debut in Merkin Concert Hall in the spring of 2005. He received a Bachelor of Arts degree in History from the University of Arizona and a Master of Music degree in Conducting from the University of New Mexico, and has taken advanced string quartet studies at the University of Colorado with the Takács Quartet. David has also attended the prestigious American Academy of Conducting at the Aspen Music Festival. He plays a Christian Pedersen violin made in 2020 and a bow by Eugene Sartory.