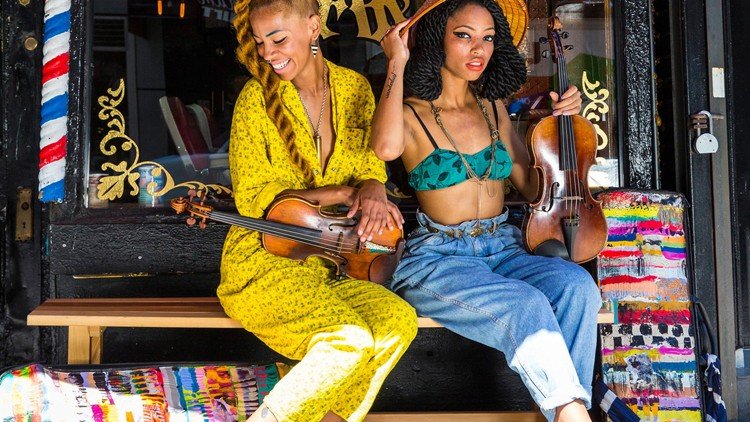 The latest trend in chamber music — storytelling — might also be the most ancient cultural practice in human history.
Yet as Michelle Schumann, artistic director of the Austin Chamber Music Center, sees it, a new-fashioned style of storytelling is the perfect complement to an intense, intimate and often misunderstood form of music.

“Audiences often crave more from a concert,” Schumann says about the narrative impulse as she expects it to play out during the upcoming Austin Chamber Music Festival. “They want to take away a deep understanding of the music, rather than just a sonic-emotional experience. They desire a personal connection with the artists and the art they are creating, a narrative that ties together different composers, eras, countries and styles. It gives audiences a context that they can relate to and therefore feel closer to.”

Traditionally, chamber group offerings have been organized around two main genres: string quartets and piano trios, the latter made up of a violin, a cello and a piano.

“In the past, concerts have generally followed a formula of sorts, not unlike symphony concerts,” Schumann says. “A typical program includes a piece from the classical era — Haydn, Mozart, early Beethoven — combined with a piece from the Romantic era — late Beethoven, Schubert, Dvorak, Brahms — followed by an early- to mid-20th-century work — say Shostakovich, Prokofiev, Bartok. Groups sometimes also like to include a more adventurous or new work, maybe commissioned for them.”

The unspoken theme for these concerts: “These are three pieces that we like a lot … and you should, too.”

“Not to take away from the marvel of a string quartet concert by Mozart, Schubert or Debussy, but organizers are fanatics about developing audiences, not only in size, but in depth and commitment,” Schumann says. “Presenting concerts that have a narrative thread or storytelling aspect to them provides a ‘hook’ to interest the audience, and then the chance to reinforce the profound nature of connection that chamber music can allow.”

She shares some examples from the upcoming festival.

• The St. Lawrence String Quartet will lead what it calls a “Haydn Discovery.” First violinist Geoff Nuttall, often referred to as the Jon Stewart of chamber music, will give an insider’s tour of the Haydn Quartet Op. 20, No. 5. Together with the quartet, he will guide the audience through the surprises, inside musical jokes, dramatic impulses, unusual techniques and special phrasing choices to engage them as active listeners.

• The Lavuta Project, with violinist Lara St. John and pianist Matt Herskowitz, presents a modern Gypsy program that combines the virtuoso Franck Sonata for violin and piano with freshly arranged, composed and improvised Gypsy folk tunes from the Balkans, the Middle East, Israel and Eastern Europe, “as well as and our own American Folk Gypsy, George Gershwin.”

• Cuarteto Latinoamericano’s program, “Miniatures from the Americas,” features 10 short pieces from North, Central and South America. Many of them were written for the group, and its personal connection with the composers drive the interpretations.

• The Center’s self-produced programs feature more of these extra-musical narratives: “Animated Shorts” pairs films with live chamber music, and in another concert, scenes from “Romeo and Juliet” will be combined with chamber music by composers from different eras — Faure, Bartok, Piazzolla, Beethoven, Schubert, Shostakovich — chosen to extend and deepen Shakespeare’s emotional depiction.

Some traditional audiences resist this trend. They believe that the music can stand on its own.

“New audiences, however, love this change,” Schumann says. “They are captivated by the concept of contextualizing music and feel thrilled and intrigued to learn something new with an innovative connection.”

Part of this has to do with the state of music education, she points out, even the state of the humanities in general. Older, more experienced audiences know a lot about the music and the composers, as well as the historical and political context. They already feel connected. Younger and newer audiences don’t necessarily come to the music with this advantage.

Even without these dissonances, Schumann and her colleagues deal with all sorts of misperceptions about chamber music.

“That it’s stuffy, elite, unapproachable and inaccessible,” she says. “Frankly, the worst part is that the name — chamber music — is immediately a term that needs defining. Ugh. What a (expletive) and constant uphill battle.”

She prefers to see it as the original house party music.

“Friends getting together to play with and for other friends, drink wine, tell stories, (complain) about politics, and then, more music,” she says. “Composers saved their most personal, intimate communication for this genre because they knew the performances would always be for their closest friends.”