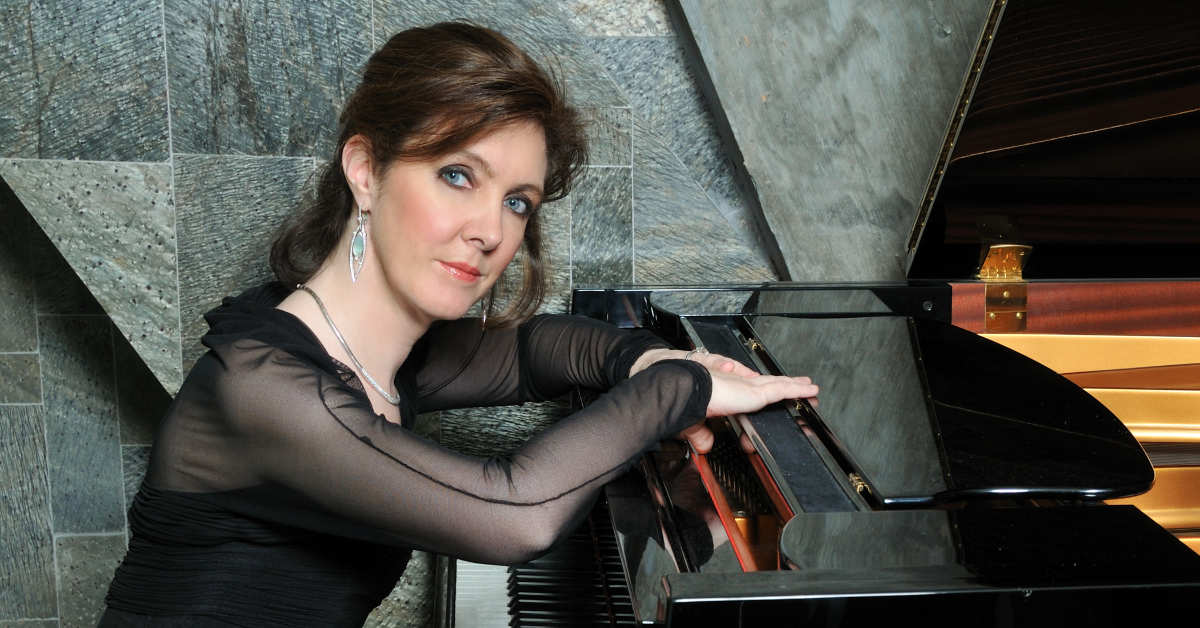 The Chamber Music Society of Lincoln Center (CMS) is known for setting the benchmark for chamber music worldwide. Whether at its home in Alice Tully Hall at Lincoln Center, on leading stages throughout North America, or at prestigious venues in Europe and Asia, CMS brings together the very best international artists from an ever-expanding roster of more than 120 artists per season. Many of its superior performances are live streamed on the CMS website, broadcast on radio and television, or made available as digital albums and CDs. CMS also fosters and supports the careers of young artists through The Bowers Program, which provides ongoing performance opportunities to highly gifted young instrumentalists and ensembles. As CMS celebrates its 50th anniversary season in 2019–20, its commitment to artistic excellence and to serving the art of chamber music is stronger than ever.

For over 25 years Anne-Marie McDermott has played concertos, recitals, and chamber music in hundreds of cities throughout the United States, Europe, and Asia. She also serves as artistic director of the Bravo! Vail Music and Ocean Reef Music festivals, as well as Curator for Chamber Music for the Mainly Mozart Festival in San Diego. Recent performance highlights include appearances with the Colorado Symphony, Florida Orchestra, San Antonio Symphony, New World Symphony, Louisiana Philharmonic, Tucson Symphony, Mexico National Symphony, and Taipei Symphony. She also returned to play Mozart with the Chamber Orchestra Vienna-Berlin at the Bravo! Vail Festival. She has performed with leading orchestras including the New York Philharmonic, Minnesota Orchestra, Dallas Symphony, Columbus Symphony, Seattle Symphony, National Symphony, and Houston Symphony. Her recordings include the complete Prokofiev piano sonatas, Bach’s English Suites and partitas (Editor’s Choice, Gramophone magazine), Gershwin’s complete works for piano and orchestra with the Dallas Symphony (Editor’s Choice, Gramophone magazine), and, most recently, the Haydn piano sonatas and concertos with the Odense Philharmonic in Denmark. She tours each season with the Chamber Music Society, as a member of the piano quartet OPUS ONE, with violinist Nadja Salerno-Sonnenberg, and as part of a trio with her sisters Kerry and Maureen McDermott. Ms. McDermott studied at the Manhattan School of Music, has been awarded the Mortimer Levitt Career Development Award for Women and an Avery Fisher Career Grant, and won the Young Concert Artists auditions.