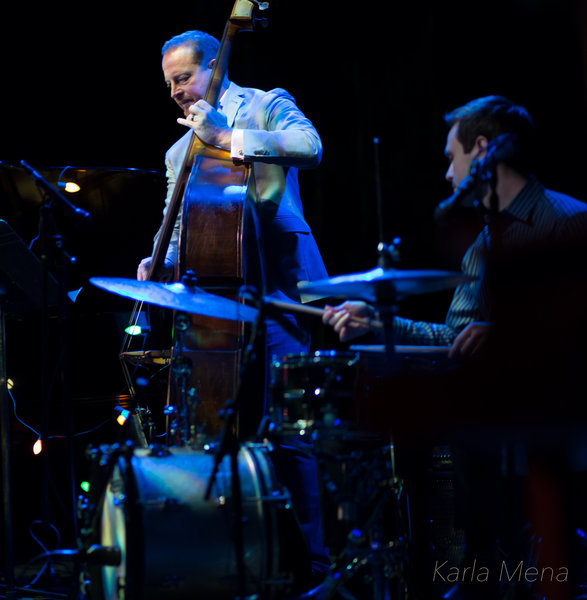 Michelle Schumann’s trio with bassist Utah Hamrick and drummer David Sierra has been playing Vince Gauraldi’s iconic Charlie Brown Christmas music for the last five years. With the 6th annual performance around the corner, we got a chance to hear from Hamrick about his personal relationship to both the music and the characters of this family favorite.

This is the 6th annual Charlie Brown Christmas concert. How has your relationship with the music changed over the years?

The first year I was unsure how much I’d actually like performing the music, because even though it’s an iconic soundtrack, that doesn’t always translate into being fun to play. After the first performance I really warmed up to how well written all of Vince Guaraldi’s songs and arrangements are, and given how much room there is for the bass in a piano trio setting I have really come to enjoy performing this music. Plus, only playing it once a year means you never get tired of it!

Who is your favorite Peanuts character, and why?

Well, I think the obvious answer for most musicians would be Schroeder, since he’s the resident musician in the Peanuts universe. In the show they have Pigpen playing the bass, which seems a bit insulting, but he’s always a really nice, happy character, so I’ll let the hygiene slide. If you’re talking about Peanuts as a whole, my favorite character would be Snoopy. Being a canine gives him a distance from the rest of the characters that enables him to comment on all of their weird, neurotic human behavior.

What other music traditions do you have during the holidays?

I don’t really have anything else I’d consider a tradition, except enjoying Harry Connick Jr.’s Christmas albums. I’m a huge fan of his big band arranging.