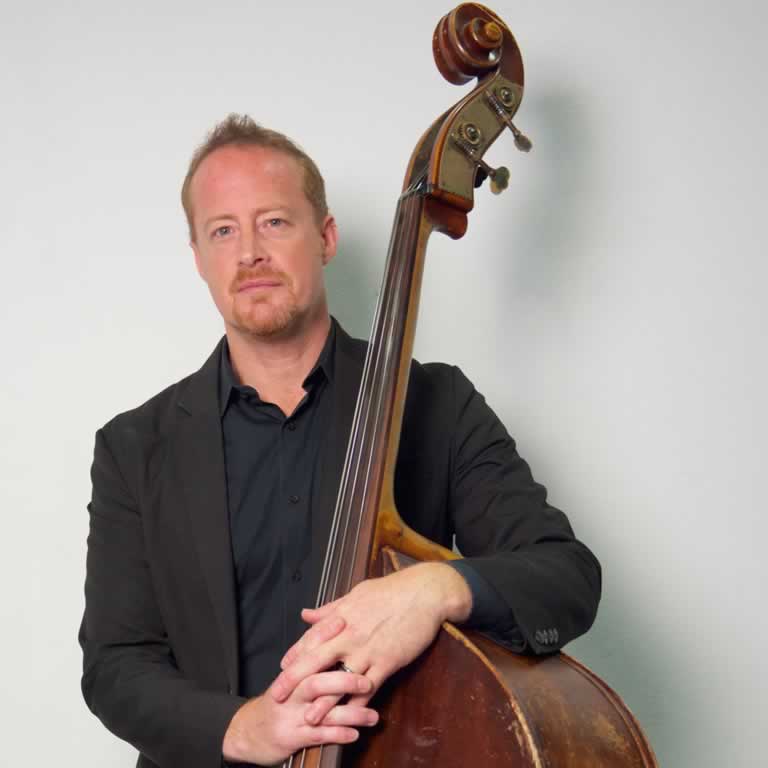 Dr. Utah Hamrick is a jazz educator who holds a BME and MM in Performance from Central Michigan University and a DMA in Jazz Performance from the University of Texas. He is the Director of Jazz Studies at Texas State University, where he conducts the Jazz Ensemble and Jazz Lab Band, as well as teaching jazz bass, history, and pedagogy.

Utah has been a freelance bassist in central Texas for the last 19 years, performing with a wide range of ensembles including numerous jazz groups, The Austin Symphony, and the Austin Chamber Music Center. For the last twelve years Utah has been performing with composer Graham Reynolds, including his work with Golden Arm Trio, Austin Ballet, Forklift Danceworks, the motion picture soundtracks for Bernie and All is Bright, and touring internationally with his opera Pancho Villa From a Safe Distance. Utah has also performed with jazz luminaries such as Houston Person, Byron Stripling, Larry Ham, Bill Watrous, and Tommy Igoe, and with Willie Nelson for the opening of the ACL Live Moody Theater. He can be heard on the JazzBonez release Watch It! on Summit Records, with Altin Sencalar on Reconnected, from Outside In Music, and on the animated short The OceanMaker.