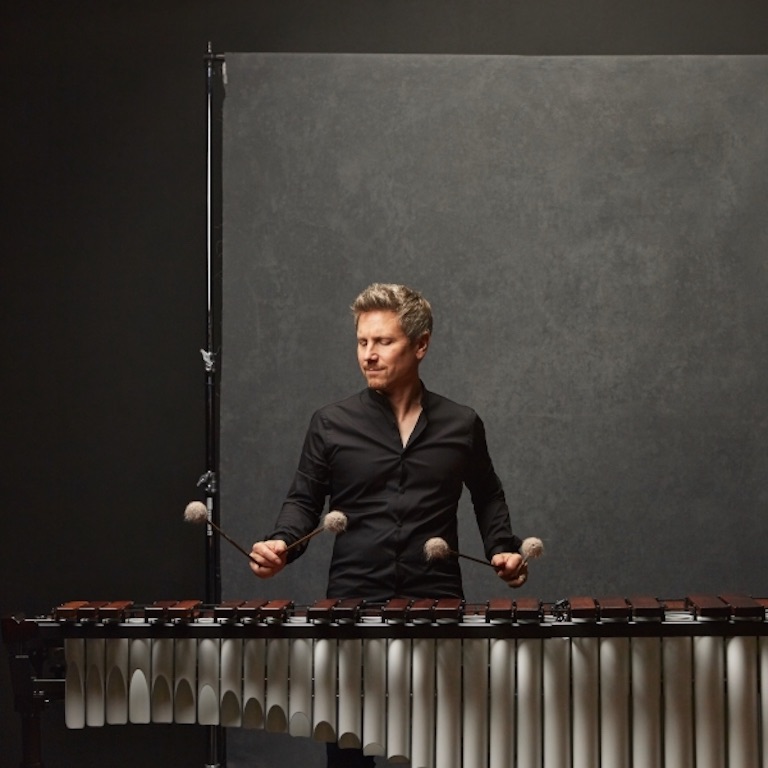 There are storied educators, and there are dynamic performers, and then there are those who are destined to be both. Always in search of new music and new ways to share it with others, Thomas Burritt is today’s percussionist. He has received degrees from Ithaca College School of Music (BM – Education and Performance), Kent State University (MM), and Northwestern University (DMA). Active in the creation and performance of new music for percussion, Burritt has built a reputation in chamber music, as a percussion soloist, and as a concert marimbist. He has performed regularly at the Leigh Howard Stevens International Marimba Seminar and was a featured faculty performer at the 2007 and 2009 Zeltsman Marimba Festival. In April 2004 Burritt performed in Weill Recital Hall at Carnegie Hall as member of the Hammers and Sticks Ensemble. Later the same year the Hammers and Sticks Ensemble released a CD on the Innova label featuring works by Steven Mackey, Zhou Long, Alvin Singleton, Alex Shapiro, Joseph Harchanko and Belinda Reynolds.

As Percussion Soloist Burritt has been active performing percussion concertos by Maki Ishii, Steve Mackey, Joseph Schwantner, Michael Dougherty, David Maslanka, John Mackey, and James MacMillan. Burritt has recorded for guitarist Eric Johnson and recording artist David Byrne. Burritt’s first solo CD recording: “All Times Identical – New American Music for Marimba” was released in November 2006. His 2nd solo marimba recording “Groundlines” is available in iTunes, Amazon, Google Play, Rdio and Spotify. In August of 2015, Burritt released his latest recording via YouTube, featuring a video album of J. S. Bach’s 5th Cello Suite performed on the Marimba. In 2009 and 2016, Burritt performed on two Grammy nominated recordings: “Conspirare in Concert” and “Pablo Neruda: The Poet Sings”, both distributed world wide on the harmonia mundi label. In the spring of 2012, Burritt was cited as being one of “The most influential Music Professors on Twitter”. Follow @tburritt