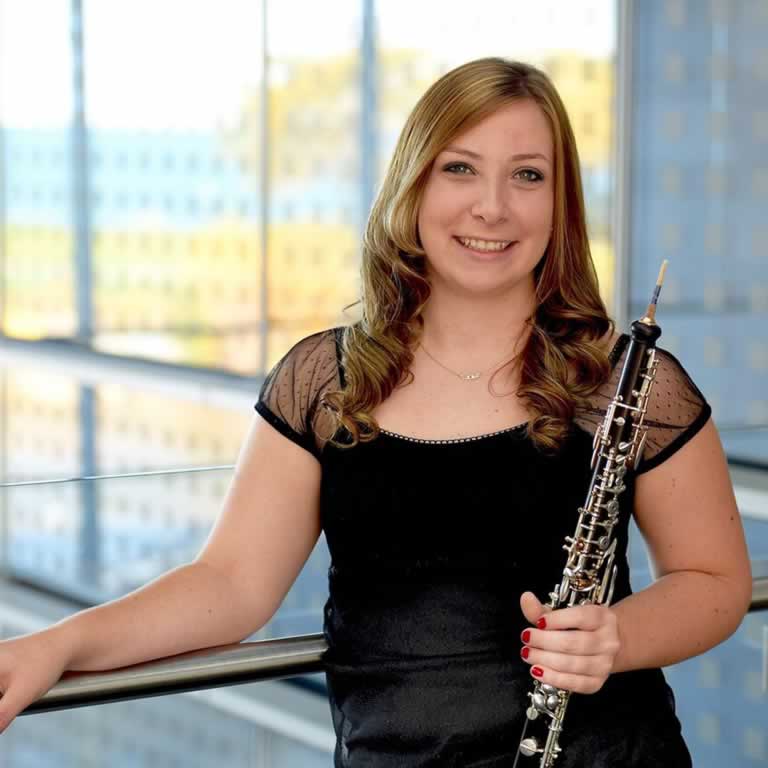 Suzanne’s musical background involves an assortment of experiences. For instance, she has worked with renowned professional oboists, in master classes as well as established performance environments. Suzanne engages in chamber music where she freelances and performs at various events. She has collaborated with contemporary composers, for example, in performing and premiering their works. She currently works with active professionals in music business via the Oboe Chicago company. Furthermore, Suzanne operates her own private studio in which she teaches beginner to advance level oboe players. Suzanne continues to play with bands and orchestras; she previously performed with the Austin Symphony Orchestra. She also has performed within the Chicagoland area and central Illinois with the Danville Symphony Orchestra and Urbana Pops Orchestra as principal English horn. Suzanne also performed in the Sinfonia da Camera, the Lafayette Symphony, and with The Chicago Symphonic Winds. She has expanded into the UK and performed as the principal oboe player of the Lewisham Concert Band.

As for her musical education, Suzanne earned a Bachelor of Music from the University of Illinois Urbana-Champaign in spring of 2015; there, she studied with Professor John Dee. She attended Northwestern University in order to obtain her Master’s in Music Performance; she studied under Michael Henoch, Scott Hostetler, and Robert Morgan. She studied in London to pursue her PGCcertification in Music Performance at the Guildhall School of Music and Drama where she studied oboe with Gordon Hunt and performance and education pedagogy with Carl Lopez-Real. Within her studies and career, she continues to perform and educate.

Above all, Suzanne collaborates with fellow students as well as professionals in the hopes of achieving the highest level of playing. She hails from Darien Illinois and is eager to expand her musical universe across the nation. Her goal, to create an expressive and memorable experience for her audience always.