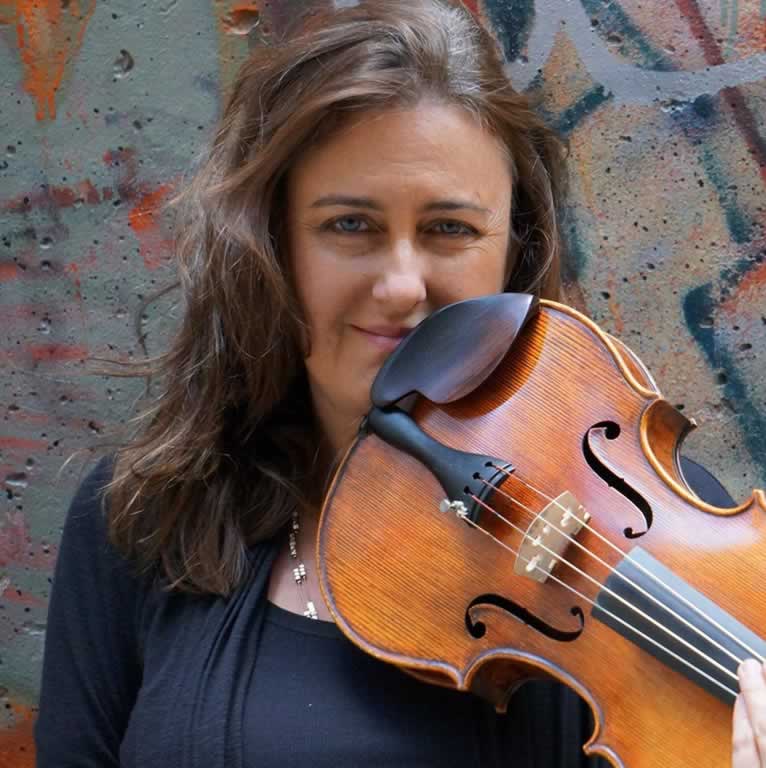 Stephanie Phillips conducts workshops in creative music making and improvisation for people of all ages and musical abilities. Her Music Inside Out and Reclaiming Music workshops are the cumulative result of her diverse background in classical music, theater arts and dance. She has presented her unique improvising program at numerous schools, camps and conferences across the U.S. As a classical violist, she performs extensively with several regional symphonies and performance ensembles. Her electro acoustic composition Mobius was selected by Vox Novus to be included in the 60/60 Midwest Mix for 2007 and has received several performances including at the Electronic Music Midwest Conference in 2007. She is co-founder of the improvisational ensemble Human Trio and can be heard on their CD, until further notice. She is recently collaborated with the award winning band Salsa Del Rio, and performed with them at the 2008 Notre Dame Jazz Festival. In fall 2008 she created and taught a semester length class in trans-stylistic improvisation for the School of Music at Texas State University, San Marcos. Stephanie holds a BA from Oberlin College and a Masters in Music Composition from Texas State. While at Texas State she founded a creative improv ensemble that has been selected to perform at international music conferences. Her most recent CD, recorded in a cave deep beneath the Texas hill country, was released this spring.