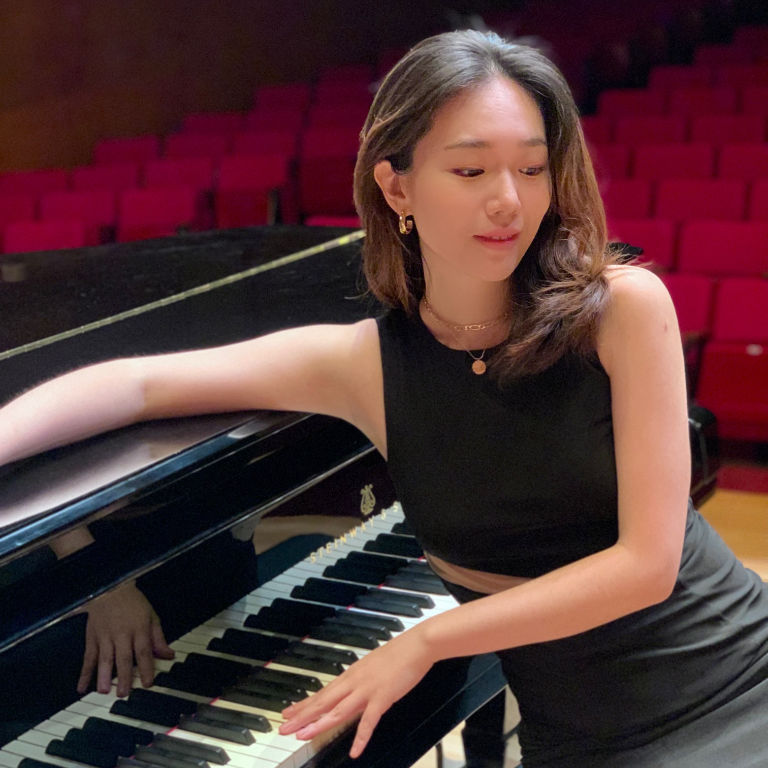 As a devoted chamber musician and founding member of Trio En, formally known as Trio Rouge, she has appeared in many chamber music concerts across the country including the time of the 1918 Pandemic concert series by Salon Concerts, Thursday noon concert series by Central Presbyterian Church, the recital concert with OSMOSIS string quartet from Hochschule für musik Leipzig as well as six month residence as a member of Lincoln Center Stage Piano quintet on Holland America Line, during which group offered roughly 400 concerts that embraced diverse genres of chamber music. Also, she was featured in many radio station and local newspaper including “Listen and Local” and “From the Butler School” on KMFA, Austin’s Classical Music Radio Station.

In addition to her performance career, Sohee Kwon has made her debut as a music arranger for Piazzolla’s Three Preludes for Piano Trio, originally written for piano solo, which was accepted as her final thesis project as a doctorate student at UT Austin. This piece was premiered by her group, Trío En, at University of Texas at Austin.

She has recently earned her doctorate degree in piano performance at University of Texas at Austin under the tutelage of Dr. Andrew Brownell. Before UT, she attended Manhattan School of Music and Rutgers for her undergraduate with Daniel Epstein and Min Kwon on a presidential scholarship, garnering Elizabeth Wyckoff Durham award for excellence in Keyboard at graduation. Afterwards, she earned her Master degree with Jon Kimura Parker as a full scholarship recipient at Rice University.