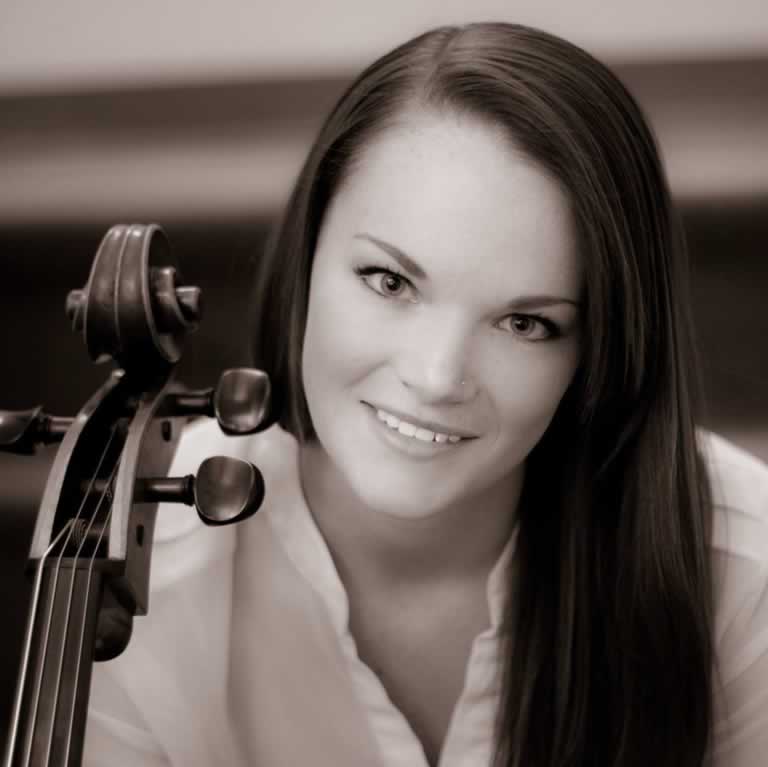 Dr. Rylie Harrod is an active teacher, orchestral cellist, and performer. Rylie has recently completed her Doctorate of Musical Arts at the University of Texas, studying primarily with Professor Joshua Gindele of the Miro Quartet, and taking an independent study with Professor Bion Tsang. In her final year of her doctoral degree, she completed her lecture document focusing on the ‘fiendishly hard’ cello concerto, titled “Concerto for Violoncello and Orchestra, Op. 22 by Samuel Barber: A Historical and Methodology Guide”.

In New England, Rylie began studying cello through the Suzuki Method at the age of 5. Rylie grew up along the New England Seacoast, studying with members of the Concord Community Music School and the Portland String Quartet. She served as the Principal Cellist of the (Greater) Boston Youth Symphony Orchestra and also participated in the Preparatory Program at the New England Conservatory. She attended high school at the Walnut Hill School for the Arts in Natick, Massachusetts. While in high school, she performed concertos with both the Augusta Symphony Orchestra and the Merrimack Valley Philharmonic.

She received a scholarship to attend the Royal Academy of Music, London, UK where she graduated with honors in 2012 with her Bachelors of Music. After four rainy years in London, Rylie moved to Tempe, Arizona where she was the teaching assistant to Thomas Landschoot while working on her Masters of Music degree at Arizona State University. While living in Arizona, Rylie was a substitute player for The Phoenix Symphony and the Tucson Symphony Orchestra. Recent summers have been spent in Japan at the Pacific Music Festival and at the National Repertory Orchestra in Colorado.

Rylie served as Cello Faculty for the University of Texas String Project where she instructed private and group lessons for children aged 4 through high-school, and she now currently serves as the Office Manager for the program. She currently is the Principal Cellist of the Waco Symphony Orchestra and is also a substitute player for the San Antonio Symphony and the Austin Symphony Orchestra. Rylie has served on the faculty of the Longhorn Music Camp and the Austin Chamber Music Center Summer Workshop and she currently serves on the faculty at the École Jean-Jacques Rousseau French School. She greatly enjoys collaborating with musicians and artists from all genres and walks of life.