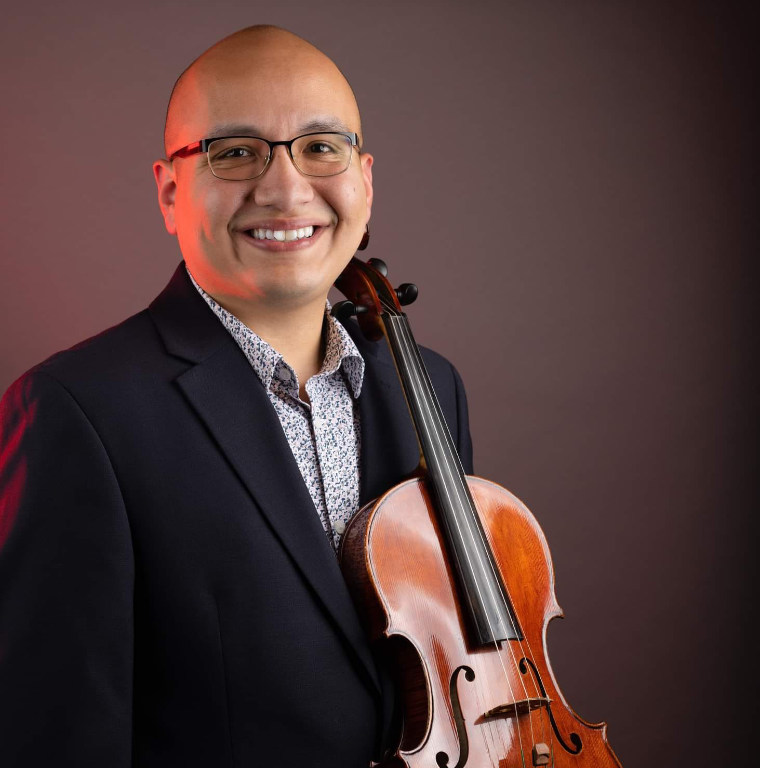 Recognized by the American Viola Society as both an Emerging Artist and Teacher, Dr. Ruben Balboa III is quickly becoming a sought-after educator, clinician, and performer. Based in Austin, Texas, he currently serves as an Adjunct Professor at Concordia University Texas, faculty for the Austin Chamber Music Center, and Assistant Director/Coordinator of the award-winning University of Texas at Austin String Project.

A strong advocate for music education, Dr. Balboa has presented at the Best Practices Teaching Sessions hosted by the National String Project Consortium and given lectures at the University of Texas at Austin, Texas State University, and classrooms throughout the U.S. He is also grateful to have served on faculty for institutions such as: Austin Soundwaves, Austin Youth Orchestra, Illinois State University, Longhorn String Camp, Texas State University, and YOSA Summer Symphony Camp. He continues to be an invited guest clinician for string methods and orchestral techniques. In 2021, he was invited to be a guest conductor for Region 26’s All-Region Orchestra. Most recently, he was invited to give a masterclass for the American Viola Society Festival & 47th International Viola Congress in Columbus, Georgia.

Additionally, he maintains a diverse private studio of violin and viola students, which includes novice and advanced young learners, avocational adults, and students with learning challenges. Dr. Balboa has made it his mission to prioritize the development of young musicians as much as possible, especially those in areas where quality music education programs are not readily available. He continues this work as a newly appointed board member of the American Viola Society, serving on both the Education Committee and the Access, Diversity, Equity, Inclusion, and Belonging Committee.

Beyond his work as an educator, Dr. Balboa has a multifaceted career as a performer and enjoys working with a variety of musical ensembles. He has performed with The Dallas Opera, Austin Camerata, Abilene Philharmonic, Austin Opera, Celtic Thunder, Evanescence, Il Divo, Las Colinas Symphony, Lindsey Sterling, Mid-Texas Symphony, Trans-Siberian Orchestra, among many others. In 2017, he was invited to perform at the Festival of the Orchestras hosted by the Fort Worth Symphony Orchestra, where he performed Astor Piazzolla’s Le Grand Tango for viola and string orchestra.

His passion for chamber music has led him to many unique experiences and collaborations with Anton Nel, Austin Chamber Music Festival, “Beerthoven Concert Series”, Candlelight Concerts, Sandy Yamamoto, and the Miró Quartet. From 2014-2016, he was awarded a teaching assistantship from the University of North Texas to perform with their elite graduate ensemble known as the Bancroft String Quartet which placed as semi-finalists in the Plowman Chamber Music Competition and Festival in 2015. Dr. Balboa later became a founding member of the Favola String Quartet, which won both the Grand Prize and First Place awards at the 2020 Coltman Chamber Music Competition.

One of Dr. Balboa’s biggest joys is presenting recitals of works for viola, voice, and piano with his wife, Dr. Samantha Balboa. This unique ensemble led him to write his doctoral research entitled: “Musical Poetry: An Examination of Works and Texts by Charles Martin Loeffler and Paul Verlaine for Viola, Voice, and Piano”. They continue to search for new repertoire and will begin commissioning new works for them to share with audiences.