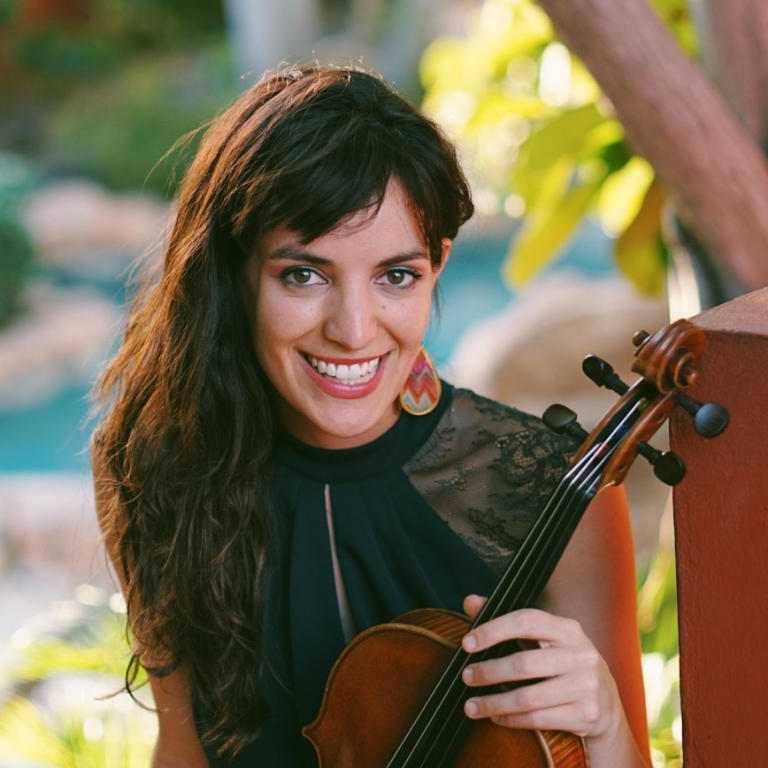 Rita Andrade, a native of Austin, Texas, is currently living as an active orchestral and studio violist in Los Angeles. Alongside her two younger sisters, Rita was always a musically curious child and started playing piano at age five. She was immediately drawn to the viola upon first hearing it, at the age of nine. After pursuing a pre-college arts education at Idyllwild Arts Academy in California, Rita continued studying viola performance for her bachelor’s degree in music at the University of Texas Butler School of Music and finished her masters at DePaul University.

In the years following school, Rita was a member of the Civic Orchestra of Chicago, with an assistant principal position for the 2014 – 2015 season. Rita was also a fellowship member of the Chicago Sinfonietta and Grant Park Symphony Project Inclusion programs geared toward promoting diversity in the world of classical music. Some of her most memorable and influential musical experiences were at summer festivals such as the String Academy in Cambridge UK, Encore Chamber Music Festival, Marrowstone Music Festival, and Bowdoin Music Festival.

Alongside her orchestral pursuits, Rita is a founding member of the ATLYS String Quartet. Together they sailed the seas performing over 900 concerts representing Lincoln Center of NYC. The quartet continues to travel across the states performing in a partnership with Brave Enough Artists Agency, sharing their passion for the classical tradition in combination with modern production techniques such as amplification and looping software. As the original violist of the Austin-based chamber rock band Mother Falcon, and with experience playing with various bands, Rita remains in demand for many styles of performance and collaboration. Outside of teaching and performing, you can find Rita on her yoga mat, strolling through farmer’s markets or wandering around with her camera to practice her hobby and love for street photography.