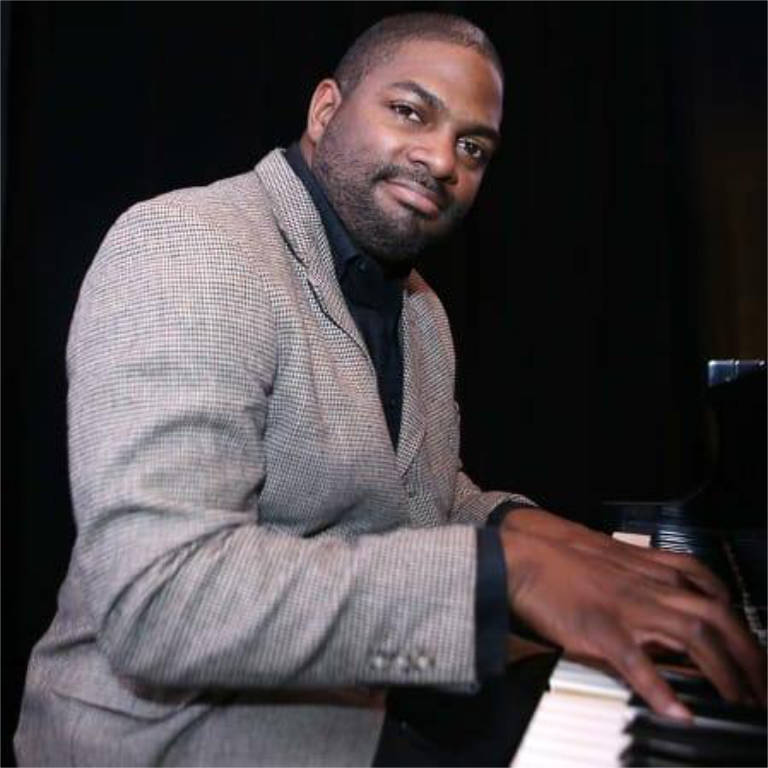 Talented multi-instrumentalist and Cleveland native, Phillip K. Jones II, began playing music at a very early age. By the age of four, he had learned and mastered the drums and began to play them in church. By age eight, his father, Rev. Phillip Jones, Sr., who shared duties as his Church’s Musician and Pastor introduced and taught Phillip, Jr. on the organ who quickly learned the instrument ‘by ear.’ Additional mentoring from his grandmother, Clementine Jones, proved vital toward his development.

At age 12, Phillip studied at the Cleveland Music Settlement for two years. While attending, he was the organist for Greater Faith Baptist Church, where his grandfather pastored. During this time he toured twice to Nice, France where he performed as a drummer.

Mr. Jones attended and graduated from Cleveland Heights High School. While there, he played for the school’s gospel choir and the jazz ensemble which earned him the privilege to perform with famed gospel recording artist Walter Hawkins.

After graduation, Phillip attended Hampton University and upon his return to Cleveland, he attended Cuyahoga Community College. During his two years there, he studied with various pianists and teachers such as Rodney Hubbard, Joe Hunter, Jackie Warren, Drene Ivy, LaFayette Carthon, II among other notable players.

On May 27, 2007, Phillip graduated from the Oberlin Conservatory of Music with a Bachelor of Music degree. During his tenure at Oberlin he had the opportunity to perform with famed songstress Babbie Mason, and recorded on Bill Ransom’s debut jazz CD “Generations.”