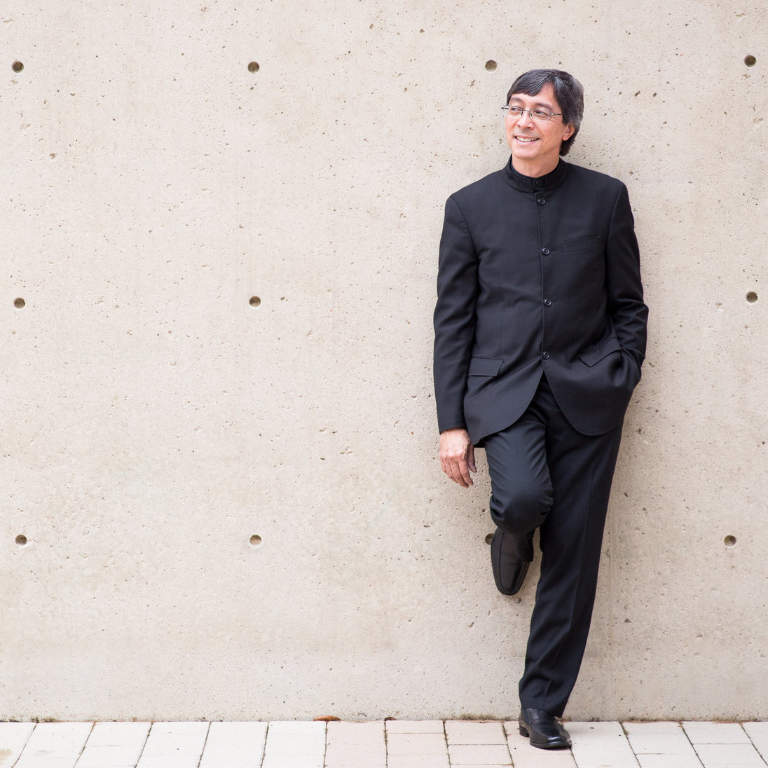 Peter is the primary conductor for Ballet Austin. For Austin Opera he has conducted A Streetcar Named Desire, La Traviata, Turandot, The Marriage of Figaro, and La bohème.

Other positions held by Bay have included Music Director of the Erie Philharmonic, Annapolis Symphony Orchestra, Breckenridge Music Festival (CO), Britt Festival Orchestra (OR), Hot Springs Music Festival (AR), and posts with the Rochester Philharmonic Orchestra. St. Paul Chamber Orchestra, and Richmond Symphony. From 1980 to 1990 he served on the conducting staff of the Aspen Music Festival where he led concerts with four of its orchestras. Bay and the ASO with pianist Anton Nel released a critically acclaimed Bridge CD of Edward Burlingame Hill’s music. With the Richmond Symphony he recorded the U.S. premiere of Britten’s The Sword in the Stone for Opus One Records, and with the Rochester Philharmonic Orchestra Voices, featuring the percussion ensemble NEXUS. He is conductor for Christopher Cross’ Secret Ladder album and Hanan Townshend’s soundtrack to the 2016 movie The Vessel.

In 1994, he was one of two conductors selected to participate in the Leonard Bernstein American Conductors Program. He was the first prize winner of the 1980 Baltimore Symphony Orchestra Young Conductors Competition and a prize winner of the 1987 Leopold Stokowski Competition sponsored by the American Symphony Orchestra. In July 2012 he appeared in Solo Symphony, a choreographic work created for him by Allison Orr of Forklift Danceworks. He was inducted into the Austin Arts Hall of Fame in May 2016.

Peter is married to soprano Mela Sarajane Dailey and they have a son Colin.