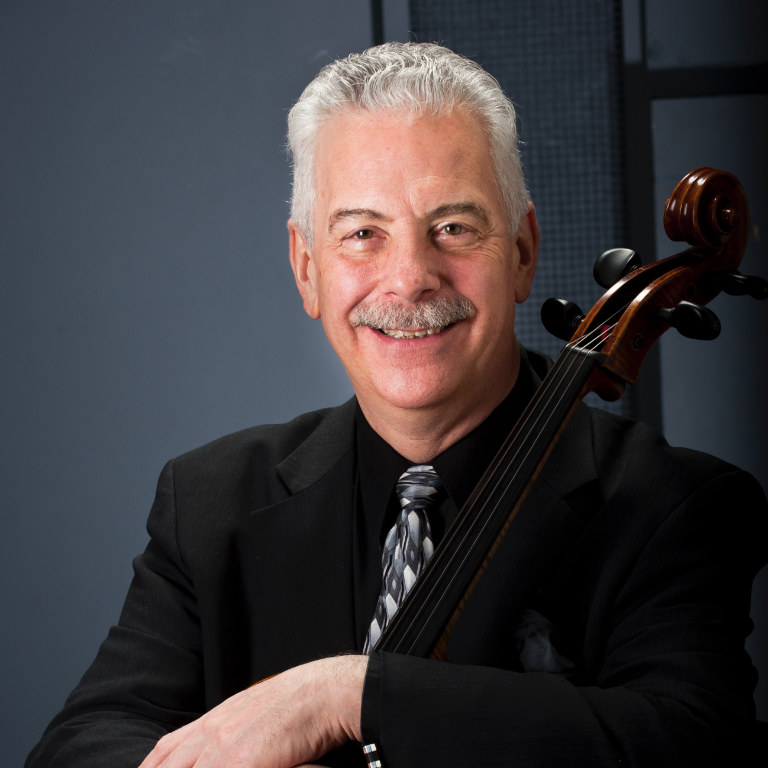 Norman Fischer is one of the foremost exponents of the cello in the United States. After completing his studies with Richard Kapuscinski at the Oberlin Conservatory, he helped found the renowned Concord String Quartet. As quartet cellist throughout its 16-year career, Mr. Fischer concertized extensively in the US and abroad, recorded over 40 works, premiered 70 scores, appeared frequently on radio and television and received numerous accolades including the Naumburg Chamber Music Award, several Grammy nominations and an Emmy Award.

Since 1971 Mr. Fischer has collaborated with pianist Jeanne Kierman, as the Fischer Duo. They have appeared frequently throughout the US and have made a specialty of blending the standard repertoire with newly commissioned works and unusual scores from the past. Last season, as part of their 25th anniversary year, they toured as Artistic Ambassadors to South America, and revisited several “cycles” of concerts including the Beethoven Sonatas, the Brahms Sonatas, the complete Chopin/Liszt, and the many American works they have commissioned and premiered. Mr. Fischer is seen and heard regularly on chamber music festivals in the United States and this expertise has led to collaborations with the Juilliard, Emerson, Cleveland, Mendelssohn, Blair, Schoenberg, and Audubon string quartets, the American Chamber Players, Da Camera Society of Houston, Ensemble Pierrot and the Santa Fe Chamber Music Festival. He is also cellist and founder of the Concord Trio.

Mr. Fischer continues to be committed to music for solo cello. His 1983 New York solo debut of the Bach Six Suites in one evening was hailed by New York Times critic John Rockwell as “inspiring”. During the 1994 season, Mr. Fischer’s recording of William Bolcom’s unaccompanied cello score was featured on Broadway as incidental music for Arthur Miller’s most recent play, Broken Glass. Mr. Fischer was honored by being invited to open the 1995 Tanglewood Music Center season with a performance of Henri Dutilleux’s Trois Strophes sur le nom Sacher, and during the 1996 Tanglewood season was similarly honored in presenting the world premiere of Mr. Bolcom’s Suite in C Minor .

He has performed the standard concerto classics with conductors such as Lukas Foss, Robert Spano, Larry Rachleff and Efrain Guigui. He has also championed new works for the genre, such as the Robert Sirota Cello Concerto (Tanglewood 1985), the Augusta Read Thomas Vigil (Cleveland Chamber Symphony, recorded on the GM label), Steven Stucky Voyages (recorded for Opus One in 1991), and Ross Lee Finney’s Narrative (with the Cleveland Chamber Symphony, recorded for New World Records).

Mr. Fischer is a committed teacher and mentor to young players. He was artist-in residence at Dartmouth College, an artist faculty member of the Oberlin Conservatory of Music, and currently is Professor of Violoncello at the Shepherd School of Music at Rice University in Houston, Texas. During the last eleven summers, Mr. Fischer has taught in Massachusetts, where he works at Tanglewood and Musicorda. The Tanglewood Music Center recently honored Mr. Fischer by presenting him with the Beatrice Sterling Procter Chair , succeeding the late Louis Krasner in that prestigious position.