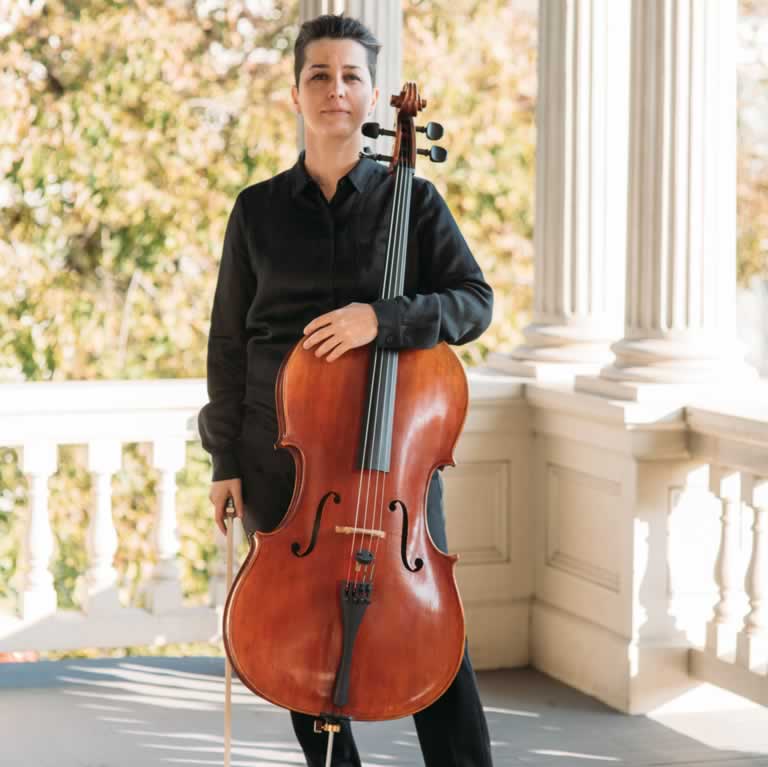 A native of Athens, Greece, Nora Karakousoglou is an active performer and teacher, working in the United States and Europe. She completed her undergraduate work at Cleveland State University, her Master of Music as well as a Graduate Performance Diploma at the Boston Conservatory, and earned a Doctor of Musical Arts degree at the University of Texas at Austin in 2016, where she studied with professor Bion Tsang. She has collaborated in chamber music settings with Joseph Silverstein, Lynn Chang and Judith Gordon, has performed numerous solo recitals, and has appeared as a soloist with the Boston Conservatory String Ensemble and the Thessaloniki State Orchestra, among others. She serves as cello faculty and is an artist in residence at the Armstrong Community Music School (ACMS), which allows her to participate in ACMS’ extensive community outreach programs throughout the city of Austin. At ACMS she has created and established an Advanced Musicianship Program which she teaches with violinist and duo partner, Sonja Larson. Nora frequently performs with Local Opera Local Artists (LOLA), Liz Cass and Rebecca Herman’s opera project. She has collaborated with Dr. Michelle Schumann, artistic director of the Austin Chamber Music Center, and has participated in the Victoria Bach Festival, in Victoria, TX.

Nora is the recipient of the Hellenic-American Women’s Award in Chicago, as well as achievement awards and competition prizes in Greece and abroad. She has participated in masterclasses with artists Jorja Fleezanis, Stephen Doane, Ralph Kirshbaum, David Ying, Darett Adkins and Pamela Frank. Nora has earned a Soloist Diploma from the Athens Conservatory, the First Prize in Cello Performance and Chamber Music from the ENM d’Aulnay-sous-bois in France, as well as a Medaille d’Or in Formation Musicale (music theory studies). In her free time, Nora likes to cook, go fishing and hiking, and to speak English with a heavy Greek accent.