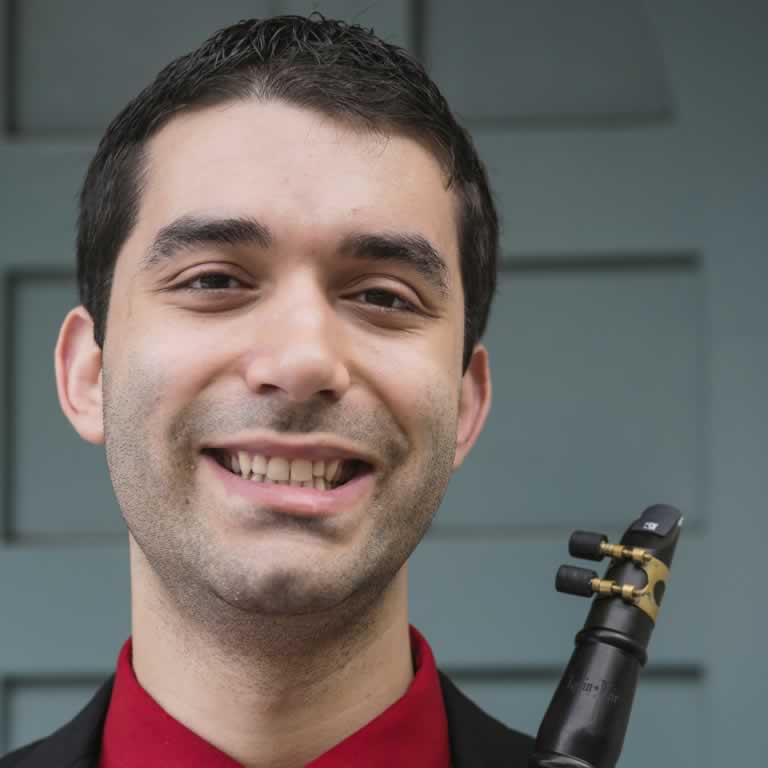 Recently, Nicholas performed as guest principal clarinetist with the Dallas Winds in their performance at the World Association for Symphonic Bands and Ensembles (WASBE) conference in San Jose, CA. During his time at UT, he regularly performed as principal clarinetist in both the Symphony Orchestra and Wind Ensemble, and in 2014, he performed in nine concerts with the UT Wind Ensemble in a tour across the United States, Asia, and Europe. In February 2015, he was a soloist with the UT Wind Ensemble in a world premiere performance of John Corigliano’s Concerto for Clarinet and Orchestra transcribed by Craig B. Davis. Nicholas is a member of the Round Rock Symphony and performs with the San Antonio Symphony on numerous occasions each year. As an avid chamber musician, he has earned the silver medal at the prestigious 2016 Fischoff Competition and is a prizewinner of both the Coleman and Plowman chamber music competitions. He has attended the Pierre Monteux School for Conductors and Orchestral Musicians and the Hot Springs and Marrowstone Music Festivals.

Dr. Councilor is a devoted music educator and is currently on the faculty at Texas A&M University-Kingsville. He also teaches master classes and private lessons to many students in the Austin area and is a clinician for the D’Addario Woodwinds Method Program. He has been on the faculty for the Butler School of Music’s Longhorn Music Camps since 2013. His primary teachers include Richie Hawley, Nathan Williams, and Kimberly Cole Luevano.