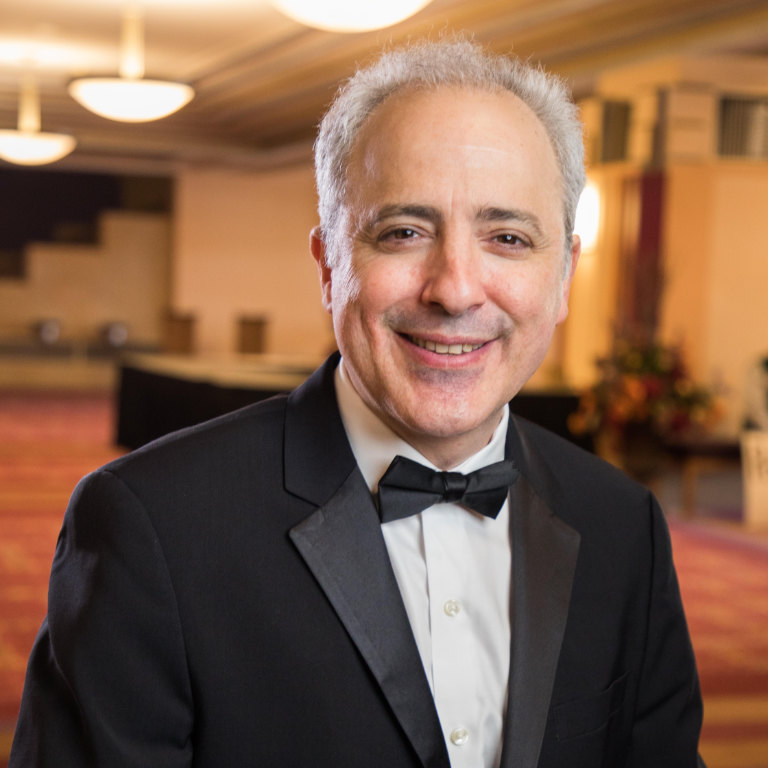 Moving from South Florida to Central Texas in 2020 to accept a position at the University of Mary Hardin-Baylor in Belton, Texas, Mr. Garasi is currently Associate Professor of Instrumental Music, where he conducts and gives direction to the Wind Ensemble, Brass Ensemble, Blackshirt Cru Spirit Band and teaches Conducting, Orchestration and Band and Orchestra Literature.

Acclaimed by England’s 4barsrest.com as one of the most formidable and reputable conductors in the world of brass bands, Michael J. Garasi has been the Principal Conductor of the internationally acclaimed Brass Band of Battle Creek since 2013. Having conducted the Brass Band of Battle Creek at the Midwest Clinic in 2017, Mr. Garasi and the band returned to perform for the 75th Midwest Clinic in 2021. Under the direction of Mr. Garasi, the BBBC has produced recordings, performed numerous concerts, conducted youth programs, children’s concerts and clinics throughout the state of Michigan. Because of his outstanding leadership in progressive and creative conducting and teaching techniques and methods during the year of the pandemic, and due to his passion in continuing Brass Banding throughout the world, Mr. Garasi was nominated for the honor of “Conductor of the Year,” in 2020, by 4Barsrest.com.

Mr. Garasi was the Musical Director of the innovative, and award-winning, Brass Band of Central Florida for nine years. Mr. Garasi became the first American brass band conductor ever to be nominated by 4barsrest.com for the “Newcomer of the Year” Award in 2004 and the “Conductor of the Year” award in 2006. Mr. Garasi also won the “Best New Arrangement” Award in the U.S. Open Brass Band Championships in 2004 and 2005.

In 2007, Mr. Garasi became the first American conductor to adjudicate at the most prestigious entertainment competition for brass bands in the world, the Brass in Concert Competition at the Sage in Gateshead, England. Because of this international success, Mr. Garasi was invited to England twice to conduct the world famous Grimethorpe Colliery Band at numerous concerts and at the Brass in Concert Competition in 2008. In 2018, Mr. Garasi was invited to adjudicate the SIDDIS Brass Band competition in Bergen, Norway.

Orchestral conducting experience includes the position of Music Director and Principal Conductor of the professional, Florida Lakes Symphony Orchestra for eight successful seasons (2006-2014). Under maestro Garasi’s baton, the FLSO became a significant profile in the Central Florida community. His creative contributions to the regular concert season included: side-by-side performances with local youth orchestras and college students in the area, the development of the FLSO Chamber Music Series and Meet the Musician Series, the formation of the annual Concerto/Aria Competition for Young Artists, and the programming of premiere works by local composers.

In 2016, Mr. Garasi conducted the American Philharmonic Orchestra in a new video recording project called “Virtual Symphony” for Royal Caribbean Cruise Line’s Anthem of the Seas. The American Philharmonic Orchestra was comprised of musicians from the National Symphony Orchestra, Baltimore Symphony Orchestra and Military Bands in Washington DC. This video project was created for the exclusive performance experience offered only on the Anthem of the Seas in their 270 Degree state-of-the-art performance venue.

A committed advocate for the performance of new music, Mr. Garasi has conducted in Texas’ Rice University’s Shepherd School of Music’s annual Contemporary Music Festival, conducting Bernard Rand’s Oboe Concertino featuring oboe professor, Robert Atherholt. During the 2011-2012 season, Mr. Garasi was invited to conduct the premiere season of the professional New Score Chamber Orchestra, performing the music of living composers of our day. He was also a part of the 1st “Young Composers Challenge” annual event, sponsored by the Orlando Philharmonic.

With a gift for understanding, motivating and conducting youth ensembles, Mr. Garasi has spent decades investing in the lives of young musicians. For five years, Mr. Garasi was Director of Bands at the prestigious North Broward Preparatory Boarding School in Coconut Creek, FL. Prior to this, Mr. Garasi was a full-time faculty member of the School of Performing Arts at the University of Central Florida. At UCF, he was on the instrumental conducting faculty conducting the symphony orchestra, wind ensemble, chamber orchestra for the musicals in collaboration with UCF Theatre, and taught numerous undergraduate and graduate courses.

Mr. Garasi has held positions as the Artistic Director/Conductor of the Brevard Symphony Youth Orchestra, the Conductor of the Florida Symphony Youth Orchestra’s Philharmonia, and has been actively involved in public and private school music education conducting bands and orchestras in Florida, Texas, Michigan, Arkansas, New York, Indiana and New Mexico.

Mr. Garasi studied at the Eastman School of Music and holds degrees from the prestigious Cleveland Institute of Music. In addition to his formal degrees, Mr. Garasi has studied conducting with Kenneth Kiesler at the Conductors Retreat at Medomak, Michael Jinbo at the Pierre Monteux School for Conductors, attended masterclasses with Pierre Boulez at Carnegie Hall, Frederick Fennell, Allan McMurray, Roby George, Michael Votta and privately with Joseph Kreines.