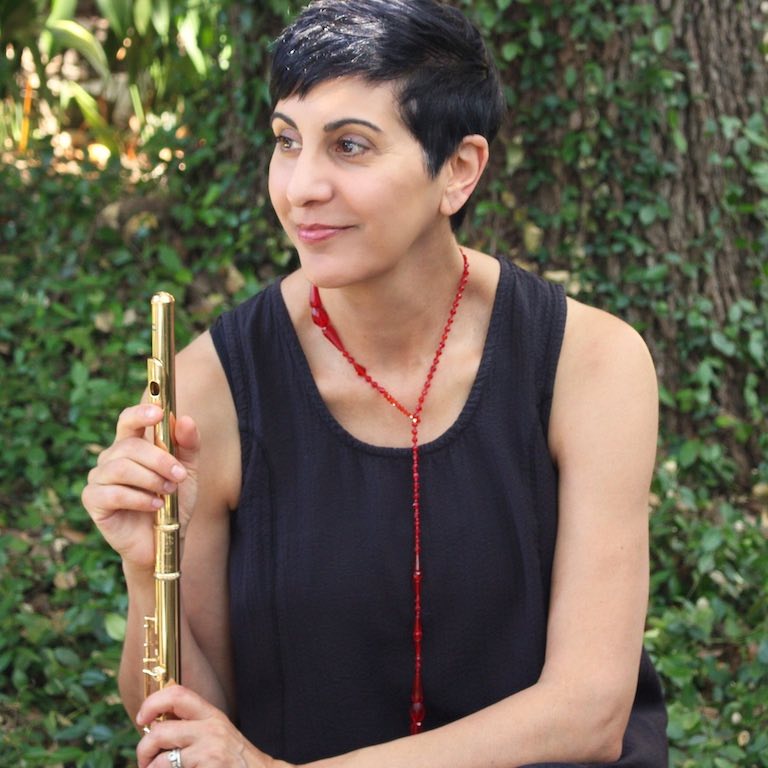 Marianne Gedigian, Professor of Flute, holder of the Butler Professorship in Music and a member of the Academy of Distinguished Teachers at The University of Texas at Austin, was a regular performer with the Boston Symphony Orchestra for over a decade, including many seasons as Acting Principal Flute under Seiji Ozawa.

Her solo performances have taken her around the world, including recitals in Japan, Australia, England, and Armenia, and she has appeared as concerto soloist numerous times with the Boston Pops Orchestra and with the Armenian Philharmonic performing her own transcription of the Khachaturian Violin Concerto. She was featured with Ian Anderson of Jethro Tull fame in a performance at the Berklee College of Music in Boston. Ms. Gedigian has been a headliner soloist and teacher at numerous National Flute Association conventions across the country, and is a frequent recitalist and teacher across the globe.

Ms. Gedigian was first prizewinner in the National Flute Association’s Young Artist Competition, and the James Pappoutsakis Memorial Flute Competition. She is a founding member of Boston-based chamber music ensemble Walden Chamber Players and was formerly a member of the Dorian Wind Quintet, one of chamber music’s preeminent and longest continuously-active ensembles. Ms. Gedigian’s solo recordings include Voice of the Flute and Revolution, both with pianist Rick Rowley, and she is featured on a recording of flute, strings, and piano with the Walden Chamber Players titled Finding a Voice: The Evolution of the American Sound. She is the featured soloist on the Naxos Grammy-nominated CD, Shadow of Sirius.

Ms. Gedigian has served on the faculties of Boston University’s College of Fine Arts, The Boston Conservatory, the Round Top International Institute, and the Tanglewood Music Center and the Brevard Music Center. Her teachers include Leone Buyse, Doriot Anthony Dwyer, Clement Barone, and Donna Olkowski. Ms. Gedigian is a William S. Haynes Artist and performs on a handmade custom-crafted Haynes gold flute.