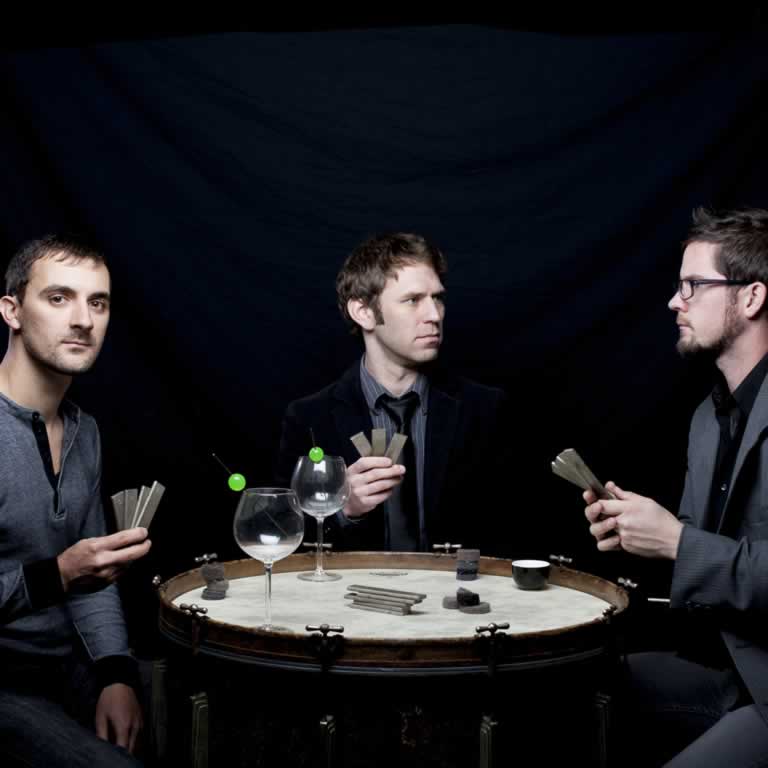 line upon line employs percussion for fervent, communal experiences that we believe are essential for human beings to thrive. To date, the Austin-based trio has premiered twenty-eight new works by composers such as Andrew Greenwald, Jessie Marino, Alex Mincek, Kate Soper and Steve Snowden, in addition to performing the greatest existing music for percussion instruments by influential composers such as John Cage, Steve Reich and Iannis Xenakis.

The trio has twice been named “Best Ensemble” by the Austin Critics’ Table and is currently a member of the Texas Commission on the Arts Touring Roster. The group’s self-presented concert series, now in its fifth year, was listed as one of the Austin Chronicle’s Top 10 Dance/Classical Music Treasures. The Austinist called line upon line “the premier new music percussion ensemble in Texas and the South” and the Austin American-Statesman considers the group “a riveting, always-surprising and delightful trio.”

line upon line will teach at UT Austin for four weeks in 2018, has been in residence at Stanford University (May 2017) and has performed and taught at universities in twenty-one different states. Internationally, the group has twice toured England and also performed in Basel (Hochschule für Musik), Berlin (Unerhörte Musik) and Cologne (Loft Köln). line upon line has performed at the 2013 and 2017 Fusebox Festivals, 2012 and 2015 Percussive Arts Society International Conventions, as well as SXSW, the Victoria Bach Festival and the International Festival-Institute at Round Top.