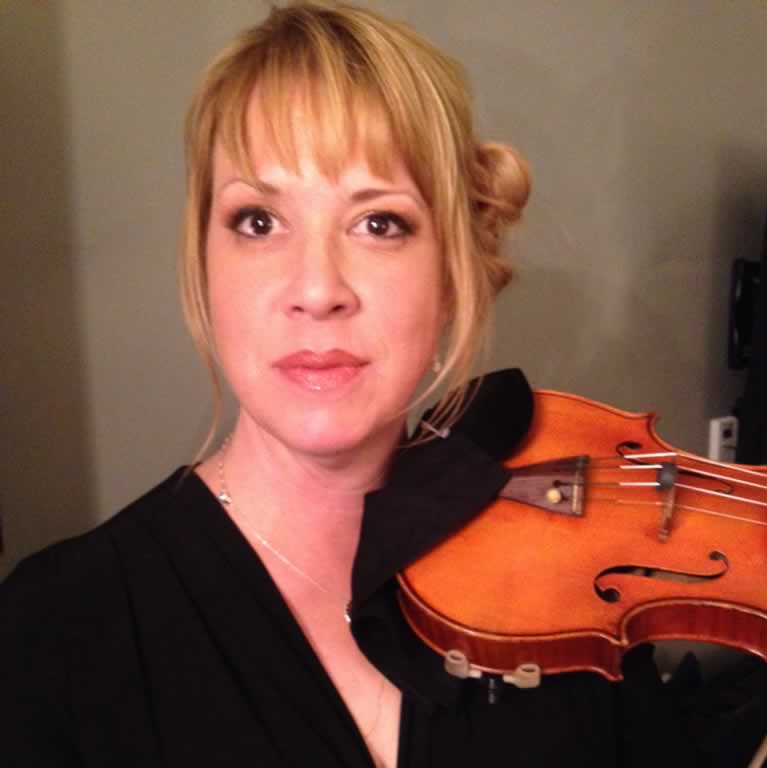 Leigh Mahoney is a founding member and first violinist of the Tosca String Quartet. Leigh received her BFA from Carnegie Mellon University and her Masters Degree in Music from the University of Texas at Austin. Her crossover career from Classical to Pop and Rock music has given Leigh the opportunity to tour the world twice with David Byrne and the Tosca Strings. She has performed and recorded with many artists including David Byrne, Arcade Fire, Vampire Weekend, Ray LaMontagne, Sufjan Stevens, Ray Benson, Bob Schneider, Dixie Chicks, Kip Winger, Charlie Sexton, Blondie Chaplin, Heather Greene and Susanna Baca. She has played on the soundtracks for feature films Waking Life (2001) Ladron, Borderland, and El Cantante and the PBS documentary Last Best Hope. Leigh’s playing can be heard on Justin Sherburn’s scores for the films “Above All Else” and “Yakona,” which both premiered at the SXSW film festival in the spring of 2014 . She plays on Seasons 1 -3 episodes of ‘ From Dusk Till Dawn: The Series’ on the El Rey Network.

She was nominated for the Austin Critic’s Table Award for her performance of Augusta Read Thomas’ Spirit Musings performed with the University of Texas New Music Ensemble, and “La Maja Dolorosa,” Tango Ballet (Fast Approaching, Swiftly Gone). Leigh has collaborated with many local artists in Austin, and recently commissioned a solo violin piece from Austin-based Composer, Russell Reed, premiered May 29th, 2016.