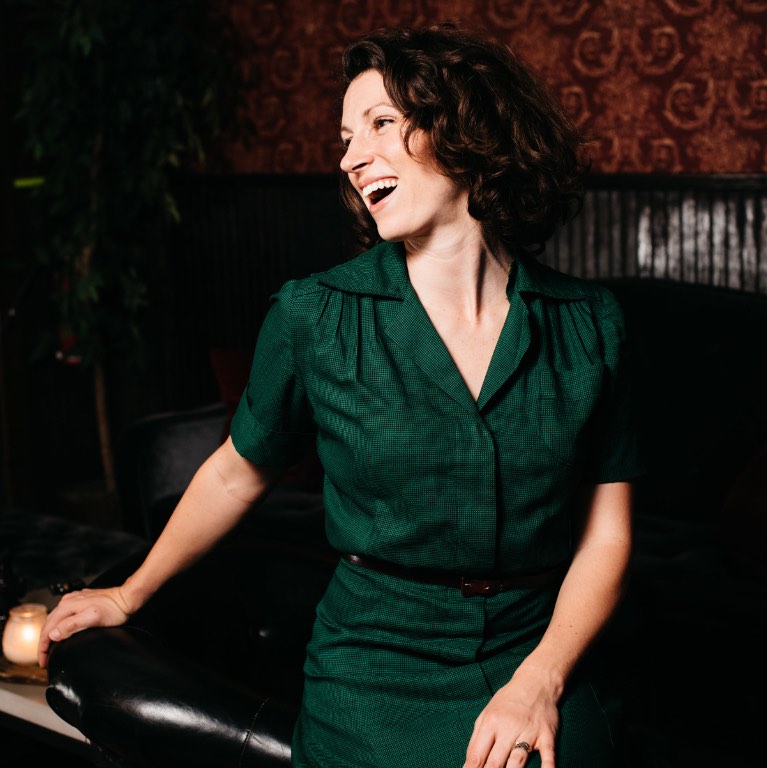 Multi-instrumentalist, Lauryn Gould enjoys a vibrant career as a performer, educator, composer/arranger, instigator, and community music facilitator. She makes music in a wide variety of contexts, both locally and internationally, and has had the great privilege of collaborating with many of the bright lights in the central Texas music community.

Lauryn earned a Bachelor of Music in Flute Performance from Texas State University, an MA in Community Music from the Irish World Academy of Music and Dance at the University of Limerick, Ireland, and a MM in Jazz Saxophone Performance at Texas State University. She performed with Jon Batiste at the Austin City Limits Music Festival (2021), with Black Pumas on The Late Late Show with James Corden and at Stubbs (2021), and with Asleep at the Wheel at the Mercer Dance Hall (2019). Other notable performances include International swing dance events such as The Nevermore Jazz Ball (2019), Jammin’ on the James (2019), Classic City Swing (2019), Austin Lindy Exchange (2018, 19), Lindyfest (2017, 18, 19) and Balast Off (2017, 18, 19), The Doonbeg Jazz Festival in Ireland (2015), Blues on the Green and the Austin City Limits Music Festival (2012), Ian Clarke masterclass at the Texas Flute Festival (2010), and the National Flute Association conventions (2007, 2009, and 2013) where she also premiered an original composition for flute choir based on the works of jazz great, Sidney Bechet. She has composed music for such organizations as Rooster Teeth, Cats & the Canary, The Good Hearts Postcard Club, and Catastrophe Theory Arts, and arranged music for The Brooks Prumo Orchestra, Rock Step Relevators, Jonathan Stout and His Campus Five Plus One, among others. In addition, Lauryn served as founding artistic director of “alt-classical” consortium, The Sound Bridge Project, presenting classical music in non-traditional spaces and formats. From 2011-2016, she served as an organizer for the Hot Rhythm Foundation, a non-profit organization dedicated to the support of Austin’s early jazz and swing dance community. Lauryn also developed and implemented the curriculum for the jazz education portion of Hot Rhythm Holiday, a weekend swing dance and music workshop intensive. In addition, she has provided music mentoring for at-risk youth through Anthropos Arts and is on the board for community brass band project, Blowcomotion. She is presently on faculty at the Austin Chamber Music Center and provides private lessons at her home studio in South Austin and online.

Lauryn is also very active with music advocacy in Austin and was appointed by Councilwoman Fuentes to serve on the Austin Music Commission representing District 2 in spring 2021. Through her work, Lauryn hopes to put students, audience members, and the community-at-large in touch with their own innate musicality, creativity, and expression.