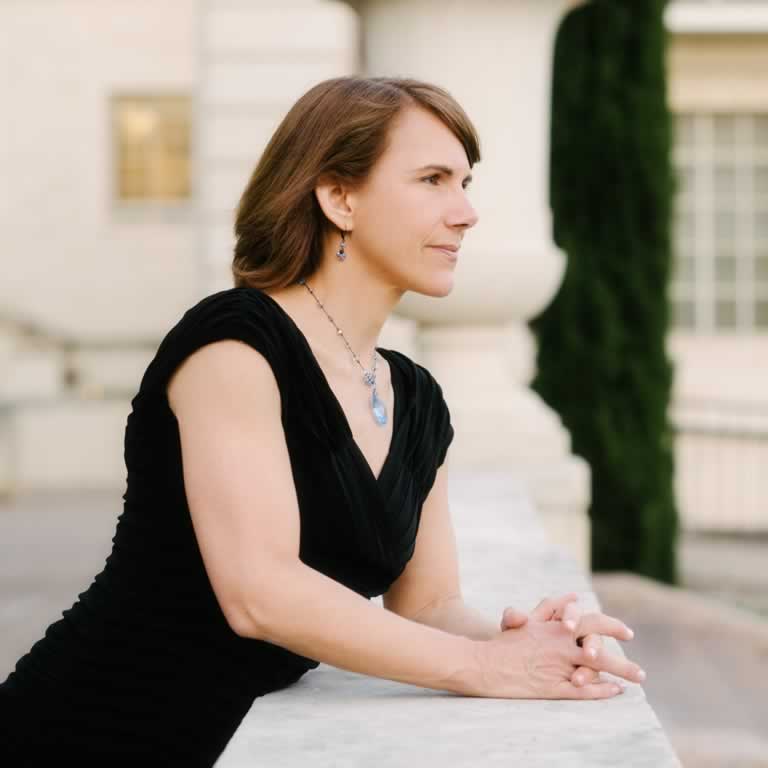 ristin Wolfe Jensen, renowned performer and teacher, has been the bassoon professor at The University of Texas at Austin since 1995, and is also on the faculty of the International Festival Institute at Round Top and Principal Bassoonist with the River Oaks Chamber Orchestra. In addition she has made a number of acclaimed solo and chamber music recordings.

A reviewer in the American Record Guide said of Ms. Jensen’s solo CD Shadings, “…She has simply turned in the finest-played bassoon recital I have ever heard….She obviously sees tone quality as the foundation for her fluent technique…It is a ravishing sound, siren-like in its attractive flair….Ms. Jensen could teach a lot about musicality to a number of famous violinists….”

Her recent releases include Handel: The “Halle” Sonatas” (2017, Equilibrium label), Modal Cycle – Live from France (2016, Longhorn Label), and …and Kristin Wolfe Jensen, UT Bassoons in Collaboration (2015, Longhorn label). Fanfare Magazine wrote of her 2010 release, Parables and Reflections, bassoon music of Virko Baley, on the TNC label, “Kristen Wolfe Jensen expertly unites the varied facets of Baley’s Parables and Reflections (the CD title) into a consistent interpretative vision, from Treny-Laments II’s haunting depths, which later metamorphose into swift, but still deep, emotional waters; to the impetuous Scherzo I: Kozak Mamai, from Partita No. 2; the extended meditation of the Aria: Tears; or the dreamy Tango (both from the partita). Baley has given her ample opportunity to showcase her virtuosity; she’s unfazed by rapid passages demanding agility and precision, she has mastered the Baroque technique of counterpointing melodious phrases with pedal tones, she alternates effortlessly between themes separated by register to create the illusion that a solo instrument can conduct a dialogue with itself, and she suavely overcomes the potential pitfalls that long-lined legato phrases pose for wind instrumentalists”. Many of her performances appear on her YouTube channel.

Ms. Jensen is Founder and Artistic Director Emerita of the biennial Meg Quigley Vivaldi Competition for young women bassoonists from the Americas, providing the largest prizes of any bassoon competition in the world. An esteemed pedagogue, she has given guest recitals and master classes at many major American music schools and her former UT students hold major orchestral positions and university teaching positions around the country. Her extensive online bassoon method, MusicAndTheBassoon.org, provides an innovative, multimedia approach to learning the bassoon.

Formerly, Ms. Jensen served on the faculties of the University of Nevada, Las Vegas and the University of North Texas. Ms. Jensen has toured Europe with the Dallas Symphony Orchestra, served as Acting Principal Bassoonist of the Houston Grand Opera, and has been a member of The Dallas Opera Orchestra, the Richardson Symphony, the Las Vegas Symphony, Jupiter Symphony of New York and Continuum. She has performed solo recitals at several International Double Reed Society conferences, and was co-host of the 2005 conference in Austin. As a student, she won the concerto competitions at the Juilliard School of Music in 1990 where she received her MM, and the Oberlin Conservatory in 1989 as an undergraduate, which led to performances of the Mozart Bassoon Concerto, k. 191.