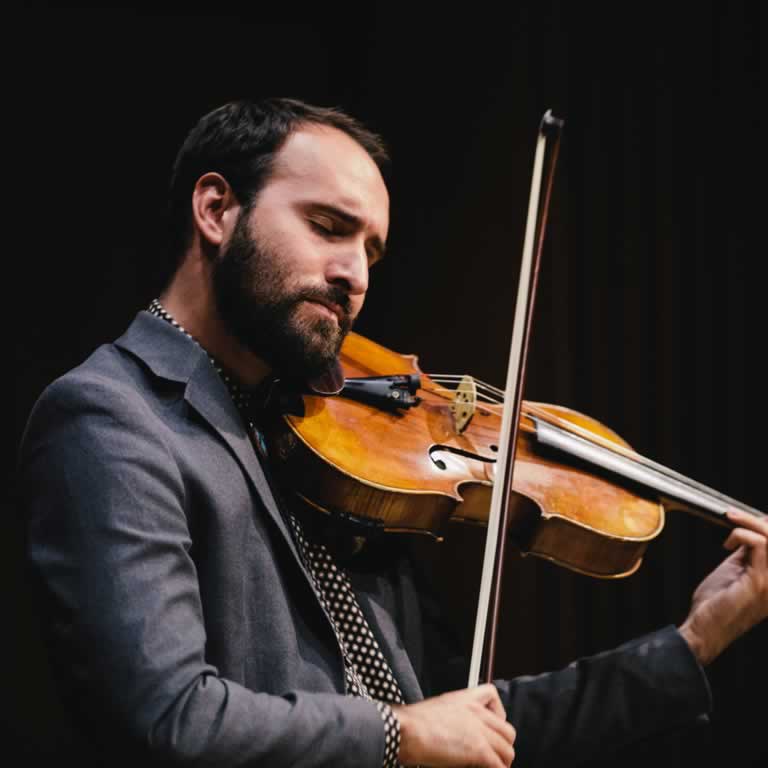 Karl Mitze received his Master’s in Viola Performance from the University of Maryland where he studied with Daniel Foster. Originally from Dade City, a sleepy Central-Florida town, he received his Bachelor’s of Music from the McDuffie Center for Strings in Macon, Georgia. He enjoys performing music of all genres from folk to jazz and is an active collaborator across many genres both on the concert stage and in the recording studio. His concert travels have allowed him to perform in many amazing places, including Carnegie Hall, Haydn Concert Hall in Esterházy Palace, the New World Center, and some beautiful beach in the Florida Keys. In addition to performing on the viola and mandolin, Karl enjoys song-writing and composing often professionally but always for fun. As a founding member of Invoke, he sings, composes original music, and performs on a variety of instruments. Recent accolades include First Prize of the Open Category of the M Prize in Ann Arbor, Michigan and First Prize at the Coltman Competition in Austin, Texas. With Invoke he was also selected as member of the Young Professional String Quartet at the University of Texas at Austin (2016-18) where he studied with the indomitable John Largess and the Miró String Quartet. He continues to live in Austin, Texas where he spends his free time hiking throughout Central Texas, playing Dungeons & Dragons with friends, and feeding his dog, Max, table scraps.