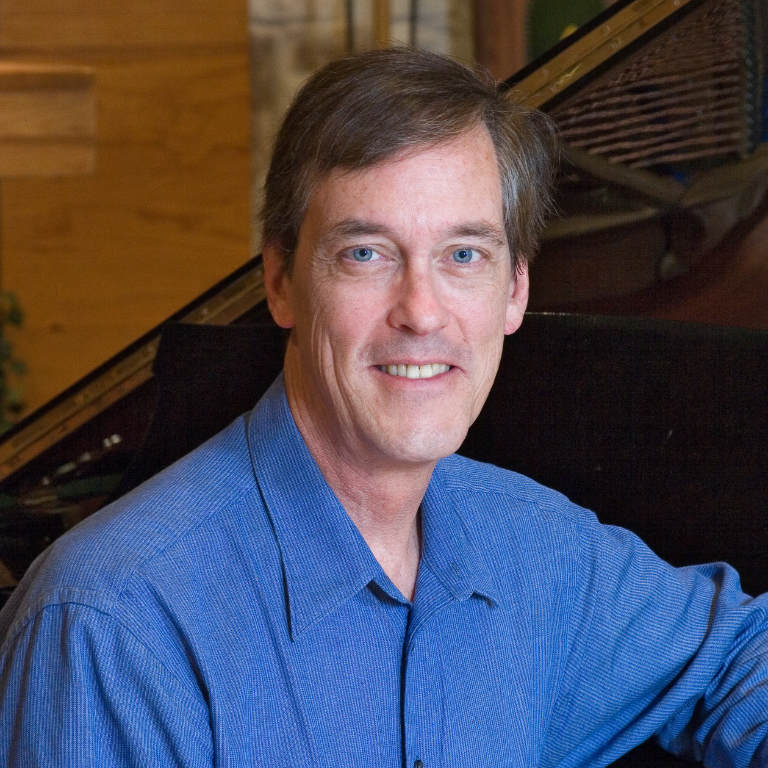 As a chamber musician, Prof. Allen has collaborated with the Miró, Miami, Cavani, Thouvenel, and St. Petersburg Quartets; as a founding member of the Chamber Soloists of Austin, he programmed approximately 40 works that were either world premieres or first performances in Austin. The group was invited to participate in the Kennedy Center’s Texas Festival in 1991, followed by an extensive tour of South America sponsored by the USIA.

To commemorate the 1987 centennial of Arthur Rubinstein’s birth, Prof. Allen researched and recorded three CDs of music that was written for, and dedicated to, Rubinstein. He also recorded the complete piano works of Joaquín Rodrigo, with the collaboration of Prof. Anton Nel.

Prof. Allen’s major teachers include John Perry, Jerome Lowenthal, and Leon Fleisher – thus his pedagogical heritage goes back to Beethoven, Liszt, Leschitizky, Busoni, Samaroff, Cortot, Schnabel, and Matthay.
He has served on the piano faculty at UT Austin since 1973.