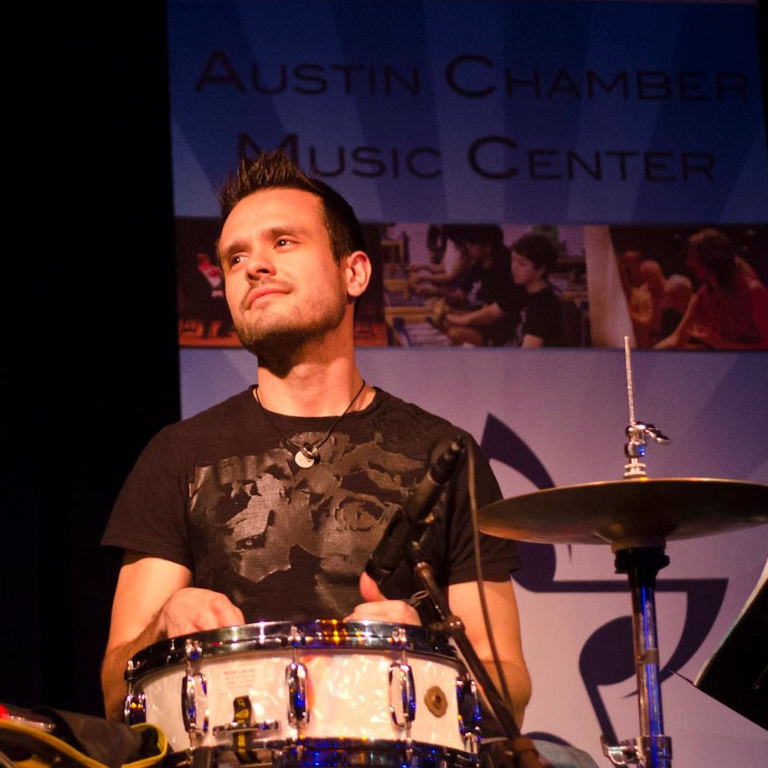 David Sierra began his musical journey when he was introduced to the drum set at the age of seven. He attended the University of Texas at Austin where he earned his bachelor’s degree in Jazz Performance. He received the honorary Eleanor Alexander Stribling Award for Excellence in Jazz Studies upon his graduation and went on to tour with several bands, including the Bodeans. After several years performing professionally, David transitioned into a career in nursing. In 2021 he completed his Doctorate of Nursing Practice in Nurse Anesthesia and currently works as a CRNA for Capitol Anesthesiology Association/USAP in Austin, Texas. David continues to perform professionally and finds passion in music no matter the style, maintaining a high standard for excellence. He believes that making music is a gift that comes with the responsibility to share, inspire, heal, and bring joy to all people.