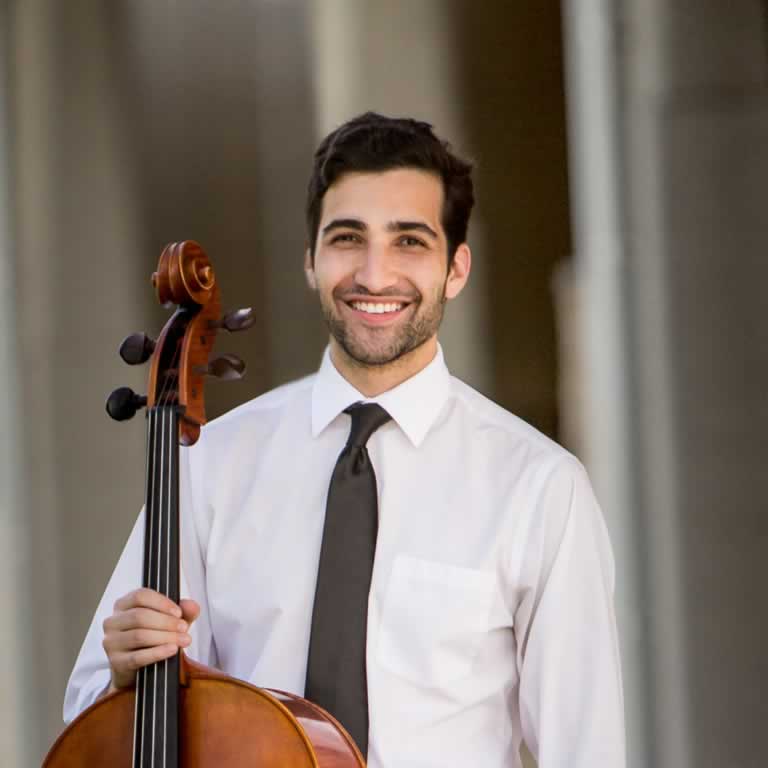 Daniel Kopp initially moved to Texas from St. Louis, Missouri, completing a Bachelor of Music in cello performance at Rice University. Pleased with the warm winters and breakfast tacos, he next found himself in Austin as a graduate student at the University of Texas. This pursuit in music has led to some truly memorable experiences, including performances at Carnegie Hall, Orchestra Hall of Minneapolis, Powell Hall, Aspen, and Kneisel Hall. This past year, Daniel had the privilege of performing as principal cellist of the New York String Orchestra Seminar and the Colorado College Summer Music Festival, playing masterpieces by some of his favorite composers: Beethoven, Mozart, and Schubert.