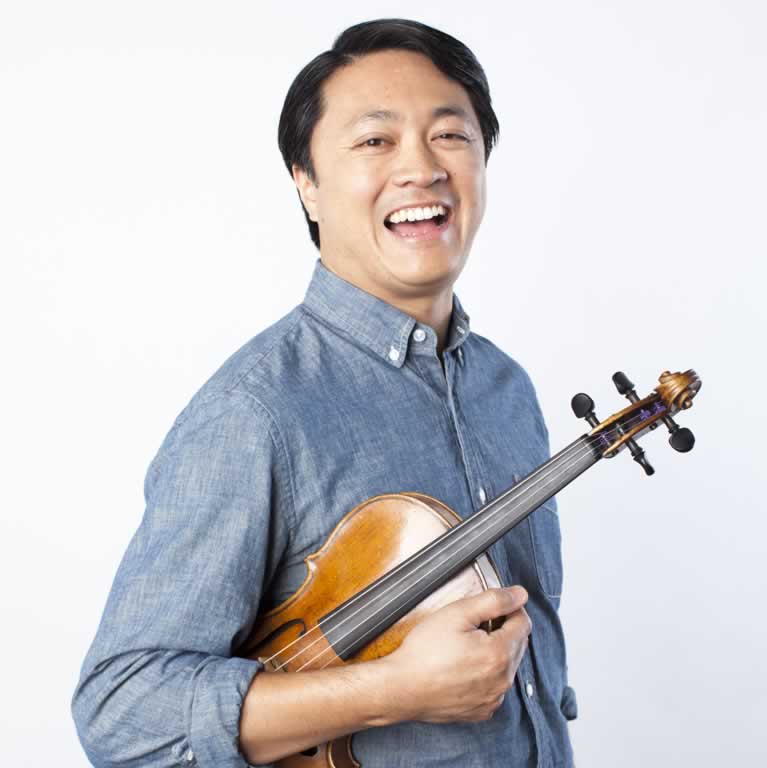 Daniel Ching, a founding member of the Miró Quartet, began his violin studies at the age of 3 under tutelage of his father. At age 5, he entered the San Francisco Conservatory Preparatory Division on a full twelve‐year scholarship, where he studied violin with Serban Rusu and Zaven Melikian, and chamber music with Susan Bates. At the age of 10, Daniel was first introduced to string quartets.A graduate of the Oberlin Conservatory of Music, Daniel studied violin with Kathleen Winkler, Roland and Almita Vamos, and conducting with Robert Spano and Peter Jaffe. He completed his Masters degree at the Cleveland Institute of Music, where he studied with former Cleveland Quartet violinist Donald Weilerstein. He also studied recording engineering and production with Thomas Knab of Telarc, and subsequently engineered the Miró Quartet’s first promotional disc. Daniel is on faculty at the Sarah and Ernest Butler School of Music at the University of Texas at Austin, where he teaches private violin students and coaches chamber music. He concurrently maintains an active international touring schedule as a member of the Miró Quartet.

Daniel is a discerning connoisseur of all things cinematic and electronic. Before he became a busy parent, Daniel was an avid skier and a dedicated reader of science fiction—he looks forward to returning to those passions, some day. In his free time, Daniel enjoys hosting happy hours with friends and lounging at home with his wife Sandy, their two sons, and two cats.