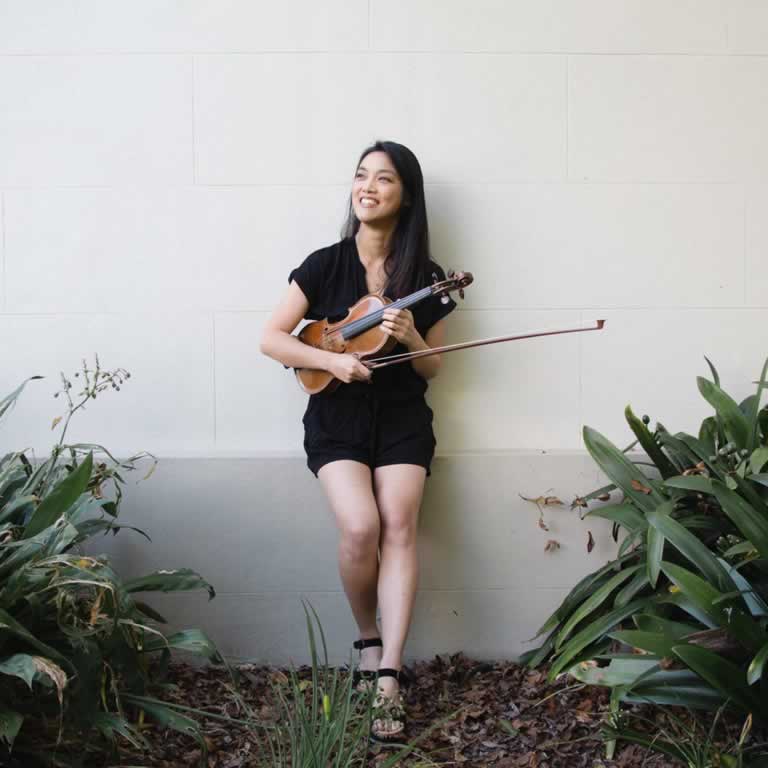 In 2012 she was a full time violin player in the ORF Radio Symphony Orchestra in Vienna, Austria before moving to Austin, Texas in 2013 to further her education at the University of Texas at Austin in the Artist’s Diploma program with Professor Brian Lewis.

Christabel has been the winner of numerous chamber music competitions and has been involved in extensive chamber music performances and tours, which have taken her throughout New Zealand, to Asia and the UK (including St. Martins in the Fields in London and the Edinburgh Fringe Festival). She has collaborated with artists from around the world, including Anton Sorokow (Concertmaster, Vienna Symphony), Anton Nel (solo pianist and chamber musician), and David Kim (Concertmaster, Philadelphia Orchestra). In 2006, her string quartet, the Antipodes String Quartet, was selected to study extensively through the Graduate String Quartet program under the mentorship of the acclaimed New Zealand String Quartet at the New Zealand School of Music, where Christabel graduated with a Bachelor of Music in violin performance. She holds a Master’s degree from the Vienna Conservatory.

Christabel keeps her artistic actives diverse and likes to be involved in many varied projects and mediums. She holds a regular open chamber music reading event, Classical Jams Austin, at Batch Craft Beer and Kolaches every last Wednesday of the month, and played the role of Ex-Girlfriend in the 2018 production of Once the Musical at the Zach Theatre. Christabel also performs regularly as a member of the Austin-based band, Flamenco Symphony.