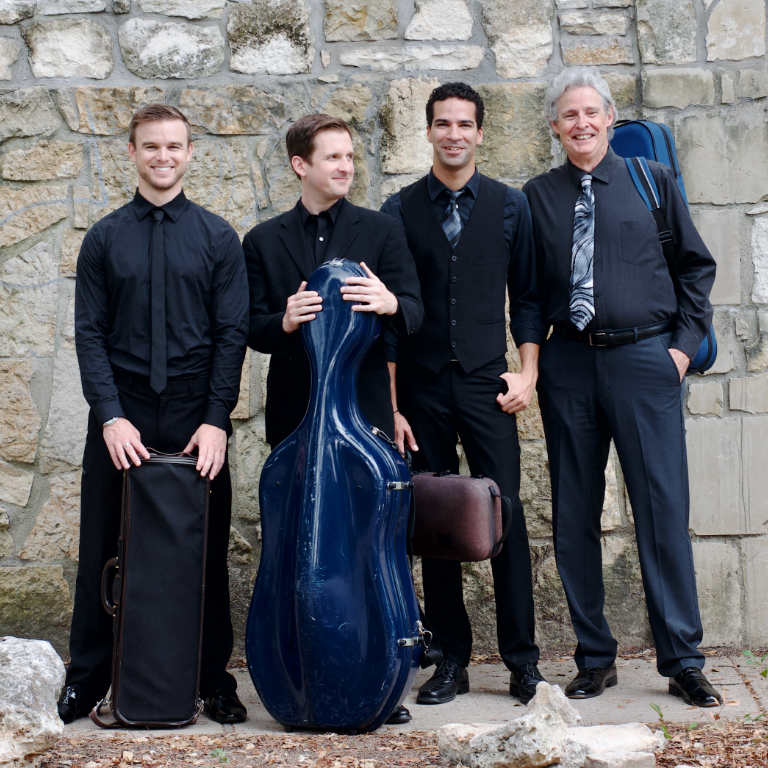 In its brief history, the Artisan Quartet has performed many concerts around central Texas including at the Victoria Bach Festival several years in a row, the Mozart Festival Texas in San Antonio every Summer since 2012, the Blanco (Texas) Performing Arts Association Series, the Twilight Series (Jonestown/Lago Vista), the Santa Cecilia Series (Austin), Texas State University (San Marcos), and the Salon Concert Series (San Antonio). In 2013, the Artisan’s completed their three season long “Genius at Play” Series, featuring the complete string quartets of Beethoven. The group also recorded part of the film score soundtrack for the documentary about Barbara Conrad Smith, the legendary Metropolitan Opera singer. The film, entitled “When I Rise” premiered to a standing ovation at its premiere during the SxSW film festival in Austin in March 2010 and aired February 2011 on PBS’s “Independent Lens” series. The Artisan is very proud of its participation in this event. The film was excellent, and it was a pleasure to put the film score together with the director Mat Hames and the composer David Hamburger. The film DVD is available for purchase from www.shoppbs.org.

The Artisan Quartet took its music out of state in 2012, traveling to the crucible of classical music. MidAmerica Productions, Inc. invited the Artisan Quartet to make its Carnegie Hall debut performing on the Carnegie Hall Weil Recital Hall Chamber Music Series on March 22nd. The Artisan received a standing ovation for their sold-out performance and rave reviews from audience members who posted congratulations on the quartet’s Facebook page. The concert in New York was made possible with very generous gifts from the Classical Artist Development Foundation and the Amatius Foundation, and was commemorated by the Texas House of Representatives on March 13, 2013 with H.R. 703 read into the Texas Congressional Record with the Artisans present.

More recently, the Artisan Quartet has become the Quartet in Residence for both the Mozart Festival Texas in San Antonio and the Texas Bach Festival in Georgetown, where one of their members is the Director of Chamber Music. The Artisan has also joined forces with the Odeon Preservation Association in Mason, Texas to create the Mason Chamber Music Festival. After a very well received performance in Mason at the Odeon theater in May of 2015, the Artisan Quartet proposed a yearly chamber music festival during the Spring wildflower season. The OPA liked the idea and the MCMF become a reality April 1-3, 2016 and is planning the fifth season.

With the addition of Associate Concertmaster of the Austin Symphony Patrice Calixte in 2019, the Artisan Quartet is ready for the next step in its evolution!