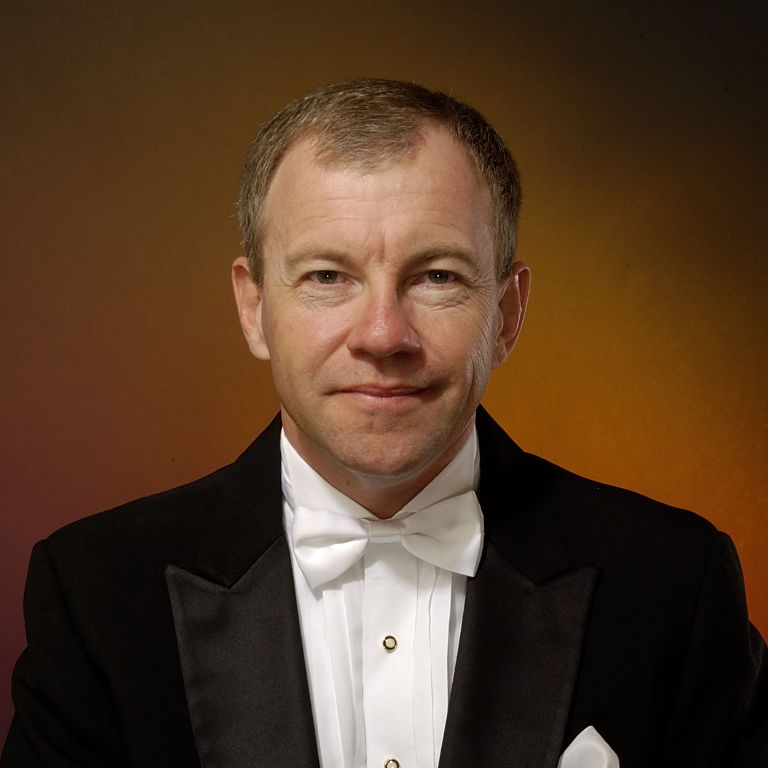 Anton Nel, winner of the first prize in the 1987 Naumburg International Piano Competition at Carnegie Hall continues to enjoy a remarkable and multifaceted career that has taken him to North and South America, Europe, Asia, and South Africa. Following an auspicious debut at the age of twelve with Beethoven’s C Major Concerto after only two years of study, the Johannesburg native captured first prizes in all the major South African competitions while still in his teens, toured his native country extensively and became a well-known radio and television personality. A student of Adolph Hallis, he made his European debut in France in 1982, and in the same year graduated with highest distinction from the University of the Witwatersrand in Johannesburg. He came to the United States in 1983, attending the University of Cincinnati, where he pursued his Masters and Doctor of Musical Arts degrees under Bela Siki and Frank Weinstock. In addition to garnering many awards from his alma mater during this three-year period he was a prizewinner at the 1984 Leeds International Piano Competition in England and won several first prizes at the Joanna Hodges International Piano Competition in Palm Desert in 1986.

Highlights of Mr. Nel’s four decades of concertizing include performances with the Cleveland Orchestra, the symphonies of Chicago, Dallas, San Francisco, Seattle, Detroit, and London, among many others. (He has an active repertoire of more than 100 works for piano and orchestra.) An acclaimed Beethoven interpreter, Anton Nel has performed the concerto cycle several times, most notably on two consecutive evenings with the Cape Philharmonic in 2005. Additionally he has performed all-Beethoven solo recitals, complete cycles of the violin and cello works, and most recently a highly successful run of the Diabelli Variations as part of Moises Kaufman’s play 33 Variations. He was also chosen to give the North American premiere of the newly discovered Piano Concerto No. 3 in E Minor by Felix Mendelssohn in 1992. Two noteworthy world premieres of works by living composers include “Virtuoso Alice” by David Del Tredici (dedicated to, and performed by Mr. Nel at his Lincoln Center debut in 1988) as well as Stephen Paulus’s Piano Concerto also written for for Mr. Nel; the acclaimed world premiere took place in New York in 2003.
As recitalist he has appeared at Carnegie Hall, Lincoln Center, the Metropolitan Museum and the Frick Collection in New York, at the Ambassador Auditorium in Pasadena, Davies Hall in San Francisco, and the Library of Congress in Washington, DC. Internationally he has performed recitals in major concert halls in Canada, England (Queen Elizabeth and Wigmore Halls in London), France, Holland (Concertgebouw in Amsterdam), Japan (Suntory Hall in Tokyo), Korea, China, and South Africa.

A favorite at summer festivals he has performed at Lincoln Center’s Mostly Mozart Festival, as well as at the music festivals of Aspen and Ravinia (where he is on the artist-faculties), Vancouver, Cartagena, and Stellenbosch, among many others. Possessing an encyclopedic chamber music and vocal repertoire he has, over the years, regularly collaborated with many of the world’s foremost string quartets, instrumental soloists, and singers. With acclaimed violinist Sarah Chang he completed a highly successful tour of Japan as well as appearing at a special benefit concert for Live Music Now in London, hosted by HRH the Prince of Wales.

Eager to pursue dual careers in teaching and performing he was appointed to the faculty of the University of Texas at Austin in his early twenties, followed by professorships at the Eastman School of Music, and the University of Michigan, where he was chairman of the piano department. In September 2000, Anton Nel was appointed as the Priscilla Pond Flawn Regents Professor of Piano and Chamber music at the University of Texas at Austin, where he teaches an international class of students and heads the Division of Keyboard Studies. Since his return he has also been the recipient of two Austin-American Statesman Critics Circle Awards, as well as the University Cooperative Society/College of Fine Arts award for extra-curricular achievement. In 2001 he was appointed Visiting “Extraordinary” Professor at the University of Stellenbosch in South Africa, and continues to teach master classes worldwide. In January 2010 he became the first holder of the new Joe R. and Teresa Lozano Long Endowed Chair in Piano at the University of Texas at Austin. Since 2015 he has been presenting an annual series of masterclasses in piano and chamber music at the Manhattan School of Music in New York as Visiting Professor, and also teaches regularly at the Glenn Gould School in Toronto.

Mr. Nel is also an acclaimed harpsichordist and fortepianist. In recent seasons he has performed annual recitals on both instruments, concertos by the Bach family, Haydn and Mozart with La Follia Austin Baroque as well as the Poulenc Harpsichord Concerto (Concert Champêtre) with the Austin Symphony.

His recordings include four solo CDs, several chamber music recordings (including the complete Beethoven Piano and Cello Sonatas and Variations, and the Brahms Sonatas with Bion Tsang) , and works for piano and orchestra by Franck, Faure, and Saint-Saens. His latest release features premiere recordings of all the works for piano and orchestra of Edward Burlingame Hill with the Austin Symphony conducted by Peter Bay.

Anton Nel became a citizen of the United States of America on September 11, 2003 and is a Steinway artist.