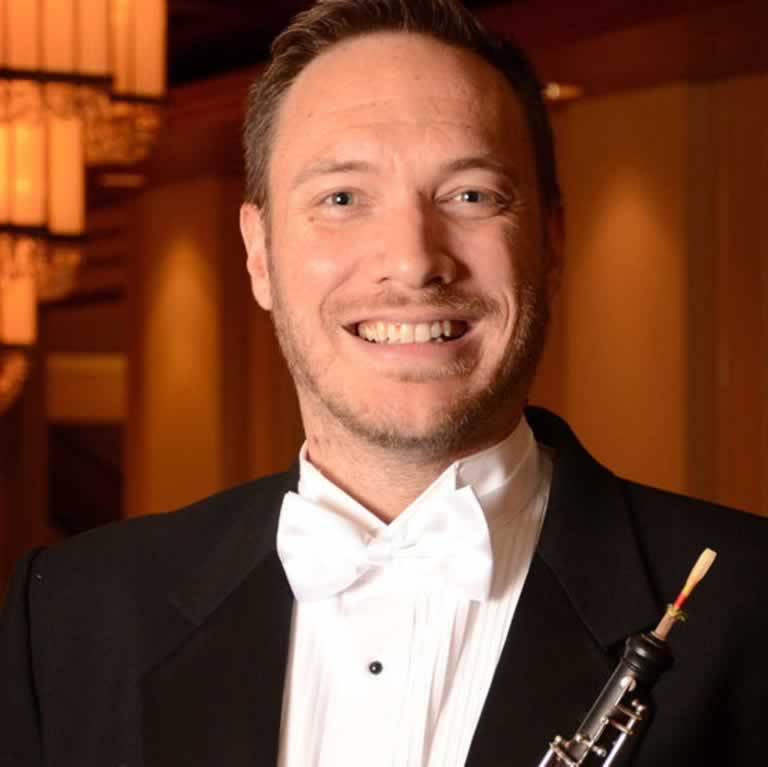 Dr. Andrew Parker is Assistant Professor of Oboe at the Butler School of Music and is the principal oboe of the Quad City Symphony Orchestra. Andrew has taught and coached chamber music at various international music festivals, including the Round Top Music Festival and the Kinhaven Music School. In 2009 he was appointed the English horn Fellow at the Aspen Music Festival, a position he maintained for four seasons. He has also served as an adjudicator for the National Youth Orchestra.

After receiving his Bachelor’s degree at the Eastman School of Music and Master’s degree at Yale University, he finished his doctoral studies at the University of Michigan. Andrew’s primary teachers have been Jeannette Bittar, Richard Killmer, and Nancy Ambrose King.