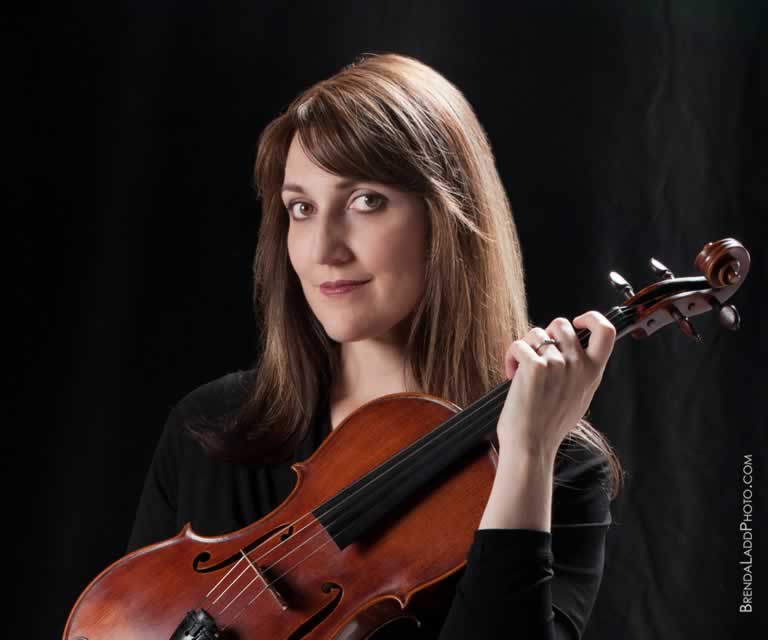 A native of Columbus, GA, Ames Asbell completed viola performance degrees at Furman and East Carolina universities before relocating to Texas. In 2001, she received the Doctor of Musical Arts degree from the University of Texas at Austin, where she was a teaching assistant to Roger Myers during the 25th International Viola Congress, and worked with renowned Bartak scholar Elliott Antokoletz on her treatise, An Analysis and Performance Guide for the Bartak Viola Concerto.

A founding member of the Austin-based Tosca String Quartet, Ames performs and records in many musical genres. Most recently, she and the Tosca Strings accompanied rock legend David Byrne on two world tours and his album, Grown Backwards, on the prestigious Nonesuch label. These performances took the group to nearly 30 countries and venues such as Carnegie Hall, Town Hall and the Apollo Theater in New York, and Hollywood Bowl and Walt Disney Hall in Los Angeles. An ongoing collaboration with tango composer/arranger Glover Gill has resulted in concerts in Argentina, California, and throughout Texas, as well as recording the soundtrack to Richard Linklater’s film Waking Life. A fixture in Austin’s contemporary classical music scene, the quartet specializes in premiering new works by local composers. Their performance of Bartak’s Fifth String Quartet was a highlight of the International Bartak Congress 2000. A seasoned studio musician, Ames has recorded on over 40 CDs, including the Dixie Chicks’ Grammy-winning album, Home.