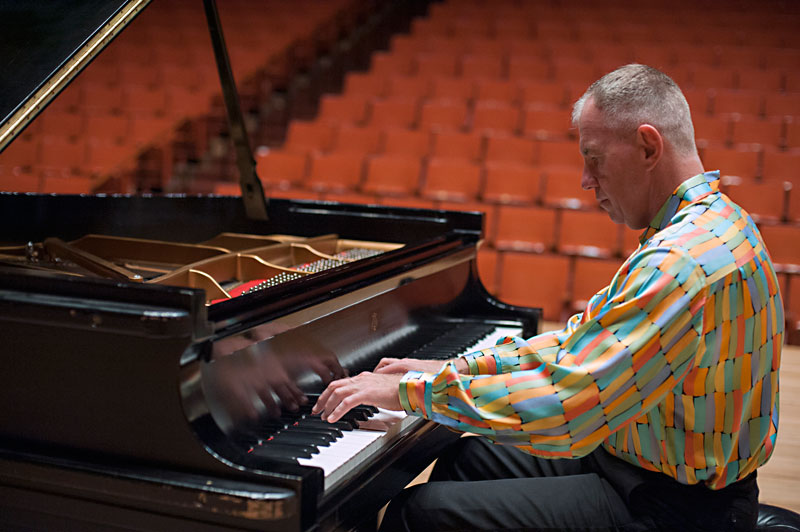 For the 2020 Austin Chamber Music Festival, You Provide the Chamber

With the annual event online in your home, chamber music doesn’t get any more intimate

If this were any ordinary summer, Austinites could count on finding relief from the hellish march into the triple digits with cool evenings spent in Bates Recital Hall listening to classical music played by virtuosic ensembles, courtesy of the Austin Chamber Music Festival. But of course, this is the COVID-19 summer, so Bates is off-limits, as is every other venue where live classical music is usually heard.

But that hasn’t deterred the Austin Chamber Music Center and its spirited director, Michelle Schumann, from delivering a festival. Like many other events – see also this week’s Austin African American Book Festival – the Chamber Music Festival is migrating online. You’ll hear the same exquisite music (Beethoven, Mozart, Shostakovich) played by the same world-class artists (Pacifica Quartet, Duo Sonidos, Chamber Music Society of Lincoln Center, Artina McCain, Derek Menchan, Ebonee Thomas, Lecolion Washington, Anyango Yarbo-Davenport, and the Horszowski Trio, as well as our own Anton Nel and Butler Trio), only this year you can listen in the chamber of your choosing – living room, bedroom, treehouse – and chamber music doesn’t get more intimate than that.

Plus, it’ll be free.

Schumann has adapted the festival’s format somewhat to accommodate the change in medium. Instead of the traditional three concerts per week over three weeks in July, the virtual fest will present one concert each week over seven weeks, beginning this Saturday, June 27. And instead of being live, most of the performances will be prerecorded. It’s worth noting, however, that many of these performances, which were curated by the artists, haven’t been seen online before – indeed, a few were recorded specifically for the 2020 ACMF – and one concert, featuring guitar-and-violin team Duo Sonidos, will be livestreamed, so you’ll be getting plenty of fresh content. And you’ll still be able to see this year’s artists live in preconcert chats with Schumann (who, by the way, is as skillful and lively talking with musicians as she is playing the piano, which is to say, you’ll totally want to Zoom in 15 minutes before curtain so as not to miss these conversations). Lastly, the programs have been designed to suit Zoom Time’s screen-comfort level of an hour. Still, Schumann’s been working with the musicians to ensure that attendees will get a full concert experience in that compressed time frame. She’s already reviewed several performances and is dazzled by how good they are.

Here’s a brief preview of the seven programs:

Kicking off the fest is the Butler School of Music’s best least-known chamber group, which reteams former Miró Quartet violinist Sandy Yamamoto and current Miró Quartet cellist Joshua Gindele in collaboration with pianist Colette Valentine. They pay tribute to Beethoven on the 250th anniversary of his death with his most beautiful piano trio, the “Archduke.”

The Grammy-winning foursome is prized for its skill in tackling string quartet cycles, and it mastered Shostakovich’s 10 years ago. That means its performance of the composer’s Second String Quartet is sure to be remarkable.

Any chance to hear Butler School piano professor Nel is cause to celebrate, but one in which he plays Beethoven is not to be missed. And on the composer’s 250th death anniversary, of course Nel is playing Beethoven: a pair of piano sonatas – the brief but complex No. 27 in E minor and the challenging No. 21, “Waldstein.”

The ACMF taps into the Chamber Music Society’s Front Row series for a recent concert with longtime CMS pianist McDermott and eight other fine musicians to play Mozart’s Concerto in D minor for Piano and Strings and Smetana’s Trio in G minor for Piano, Violin, and Cello.