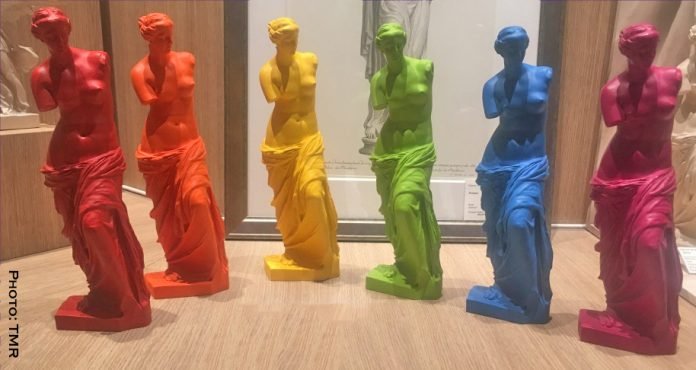 Singing Pride: The work of LGBTQ composers celebrated in a free concert

For 11 years, the Austin Chamber Music Festival has presented a free concert that celebrates the creative contributions of LGBTQ composers.

Composer Russell Reed curated and presented the annual and increasingly popular event for its first 10 years. But with Reed’s relocation from Austin to Mexico City, the concert is this led by composer and arranger Brent Baldwin, artistic director and conductor of classical/alt-classical choral group Panoramic Voices.

And as the 50th anniversary of the Stonewall Uprising is celebrated this year, vocal music occupies center stage. The Pride Concert takes place at 7:30 p.m. July 9 at the George Washington Carver Museum & Cultural Center, 1165 Angeline St. Admission is free.

“It’s heartbreaking and hilarious from moment to moment, and Merritt is one of the most brilliant songwriters on the planet — a modern day Cole Porter,” says Baldwin.

Baldwin will also conduct John Cage’s “Four²,” a late work of the composer’s written in 1990, just two years prior to his death. “Four²” uses a cappella chorus to produce overlapping tones with independent durations.

He’ll also lead musical visionary Pauline Oliveros’ “From Unknown Silences,” a Cage-inspired work from 1996. “Oliveros quotes Cage in her piece and creates a quiet and hauntingly meditative texture, with her concept of Deep Listening at its core,” says Baldwin.

And the Panoramic Voices singers celebrate some classic Americana, with Aaron Copland’s “At the River.”