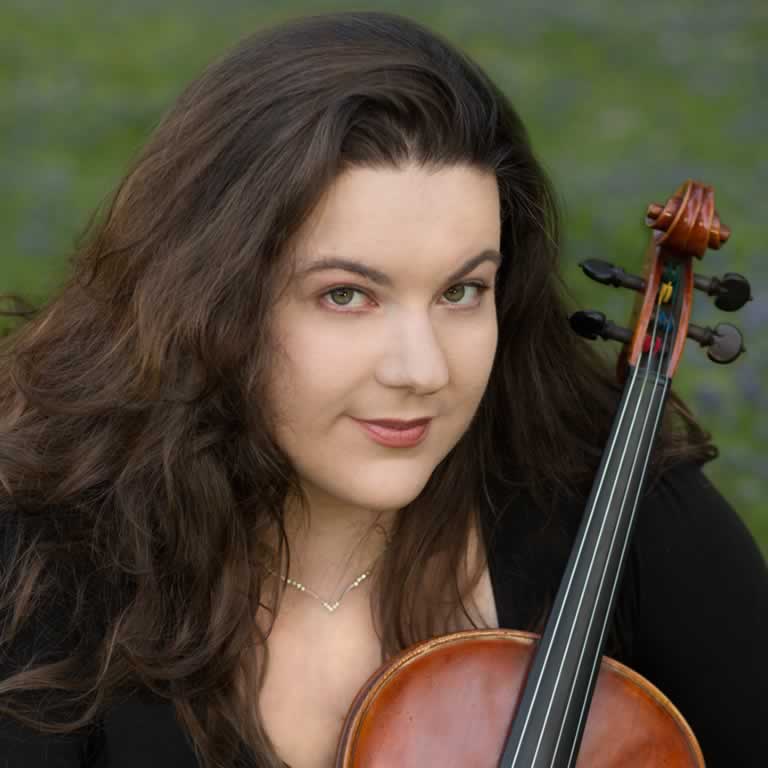 Karoline “Karli” Leal is a transplanted Californian violist. On the road of life she was going to be an animator, then got distracted by the viola and has been doing that ever since. Her formative years in classical music were with numerous Russian pedagogues, foremost of which was Galina André, but with additional instruction from Vladimir Khalikulov, Savely Shalman and David Margetts. Karli completed her Undergraduate Degree at the University of Texas at Austin with Roger Myers, and then went on to do her Masters Degree at the Cincinnati Conservatory of Music with Masao Kawasaki and Catharine Carroll.

Karli has been consistently involved with new music since entering college. At UT she was a core member of the New Music Ensemble directed by Dan Welcher, and has collaborated with many living composers on premieres and performances of their works. She enjoys working in chamber ensembles of unusual instrumentation, but is equally happy playing traditional format symphonies and string quartets. Currently Karli is a member of the Round Rock Symphony and performs frequently with the Mid-Texas Symphony, Waco Symphony and the Austin Opera. She is also a collaborator with the Auricle Chamber, a flexible contemporary classical music ensemble, and Nøkken, a solo violinist based in Austin.

In addition to her musical life, Karli also is a visual artist and graphic designer, chiefly for the Dallas Chamber Symphony but also for various other classical music individuals and organizations. She occasionally does illustrations for literary subjects that strike her fancy. Her work can be viewed at www.karolineart.daportfolio.com.